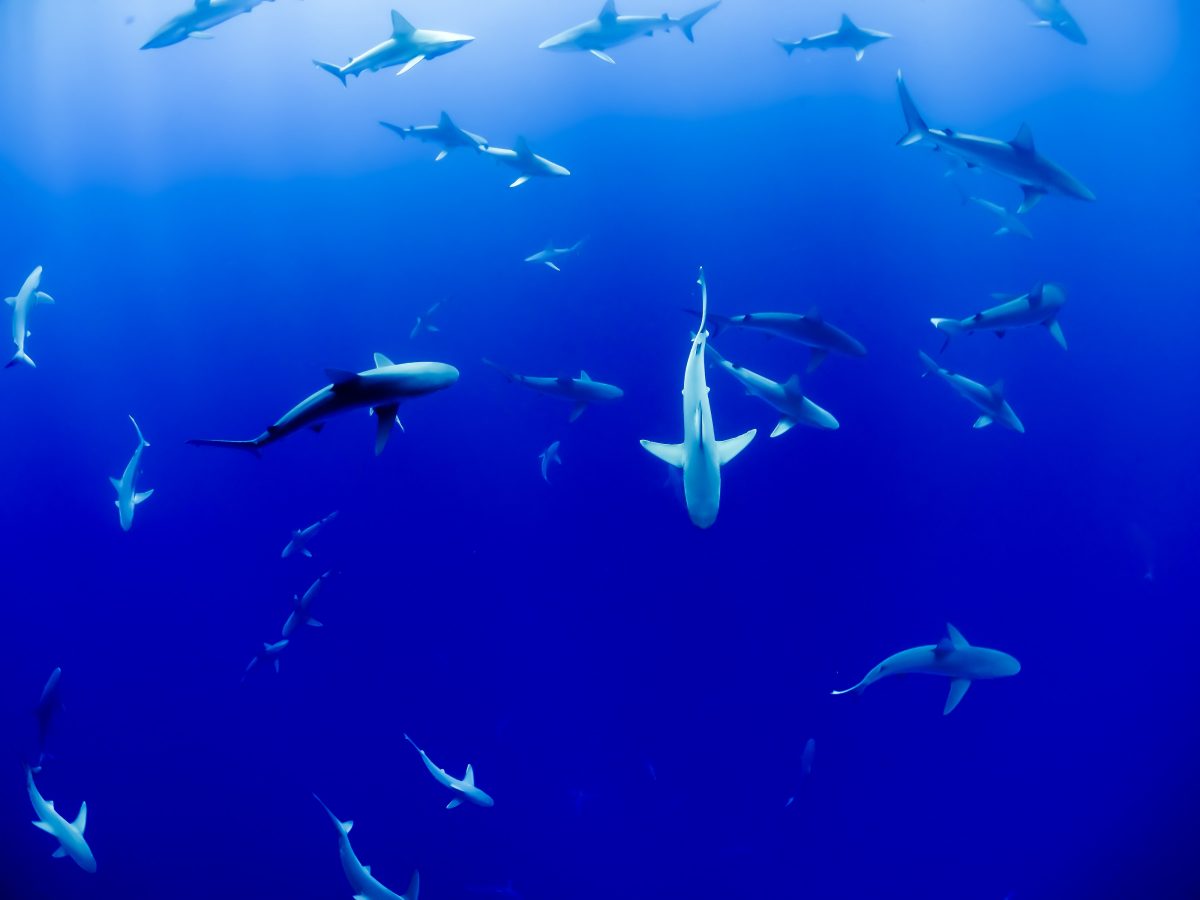 If the fear of sharks keeps you from enjoying the ocean, you’re not alone. It’s a fear shared by millions — instilled into the public consciousness largely with the 1975 release of the movie Jaws and perpetuated by films like Open Water and The Shallows ever since.

However, it is also a fear that is largely unfounded. Shark-related incidents are rare — in 2016, the International Shark Attack File shows that there were 81 unprovoked attacks worldwide, of which only four were fatal. The reality is that sharks are not the mindless killers they are so often portrayed to be. Instead, they are supremely evolved animals with seven different senses and skeletons made entirely of cartilage. Some sharks can accurately navigate across oceans, while others are capable of reproducing without having sex.

Above all, sharks fulfil a vital role as apex predators. They are responsible for maintaining the balance of the marine ecosystem — and without them, the planet’s reefs would soon become barren. Here’s why sharks should be respected and conserved, rather than feared.

For most people, the word “shark” conjures up mental images of thrashing great whites, their open jaws lined with serrated teeth and smeared with blood. There are more than 400 different shark species, ranging from the dwarf lantern shark (a species smaller than the human hand), to the whale shark, an ocean giant that can grow to over 40 feet/12 meters in length. Most shark species are considered harmless. In fact, most are smaller than humans and instinctively avoid contact with them.

Three of the largest shark species (the whale shark, the basking shark, and the megamouth shark) are filter-feeders and live on a diet made up predominantly of plankton. Only a handful of species have been implicated in shark-related incidents, and 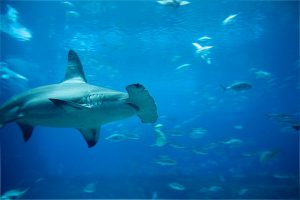 of these, only three are routinely considered dangerous to humans. These are the great white, the bull shark, and the tiger shark. All three are large, predatory and occur globally in areas shared by human water-users, increasing the likelihood of an encounter.

However, in countries like Fiji and South Africa, tourists dive safely with these species every day, often without the protection of a cage!

Sharks typically avoid attacking animals larger than themselves, as the risk of injury is too great. For most species, this means that humans are automatically off the menu. Research shows that even larger sharks like great whites and bull sharks do not intentionally hunt people for food. Instead, they favour prey with a high fat content, such as seals or tuna.

Some scientists believe that attacks are a case of mistaken identity. Great whites, tiger sharks and bull sharks all hunt from below, and may confuse the silhouette of a person on the surface for that of a seal or turtle (particularly if the person is lying on a surfboard). Other scientists disregard this theory, arguing that sharks are too intelligent to confuse people for prey. After all, sharks have an amazingly well-developed sense of smell, and humans smell nothing like seals.

Instead, it’s likely that most attacks are simply the result of curiosity. Sharks don’t have hands — when they want to investigate an unknown object, they use their teeth. This theory is supported by the fact that very few shark attack victims are eaten. Instead, most people are bitten once, before the shark loses interest and swims away. Unfortunately, injuries are often so severe that the victim dies from trauma and loss of blood before they can receive adequate medical attention.

If you’re still nervous, consider that there are several easy steps you can take to minimize the risk of shark attack. The first is to stay out of the water at dawn and dusk, which is when most large shark species hunt. The second is to take off any shiny jewellery, as the glint of silver and gold can easily be mistaken for the shimmering scales of a prey fish.

It’s more likely that a shark’s curiosity may be piqued by the contrast of the lighter shade against the dark blue of the sea. As such, if you plan on spending a lot of time in the water, it’s a good idea to avoid pale colours when picking out fins or bathing suits — and to cover up pale skin with a wetsuit, gloves, or booties. How you spend your time in the water is also a factor. Because sharks hunt from below, surfers and surface swimmers are more at risk than scuba divers. Spearfishermen need to be particularly careful, as sharks are inevitably drawn by the scent and movement of dying fish. Sharks can pick up vibrations in the water and may be attracted by splashing on the surface. Consequently, if you’re diving with sharks, making as little commotion as possible when entering and exiting the water is advised. Contrary to popular belief, there is no evidence that sharks are attracted by the scent of menstrual blood or human urine.

Rather than fearing an outdated Hollywood stereotype, consider finding out the truth about sharks for yourself. There are plenty of places all over the world that offer safe encounters with sharks in their natural habitat. Whether you choose to swim with reef sharks in the Bahamas, or go cage-diving with great whites in South Africa or Mexico, seeing them first-hand is the only way to truly appreciate the beauty and grace of the world’s most maligned predator!

Ultimately, if you’re still afraid of sharks, remember that avoiding an attack is as easy as staying out of the sea. On the other hand, more than a quarter of shark and ray species are already threatened with extinction – for them, there is nowhere left to hide.