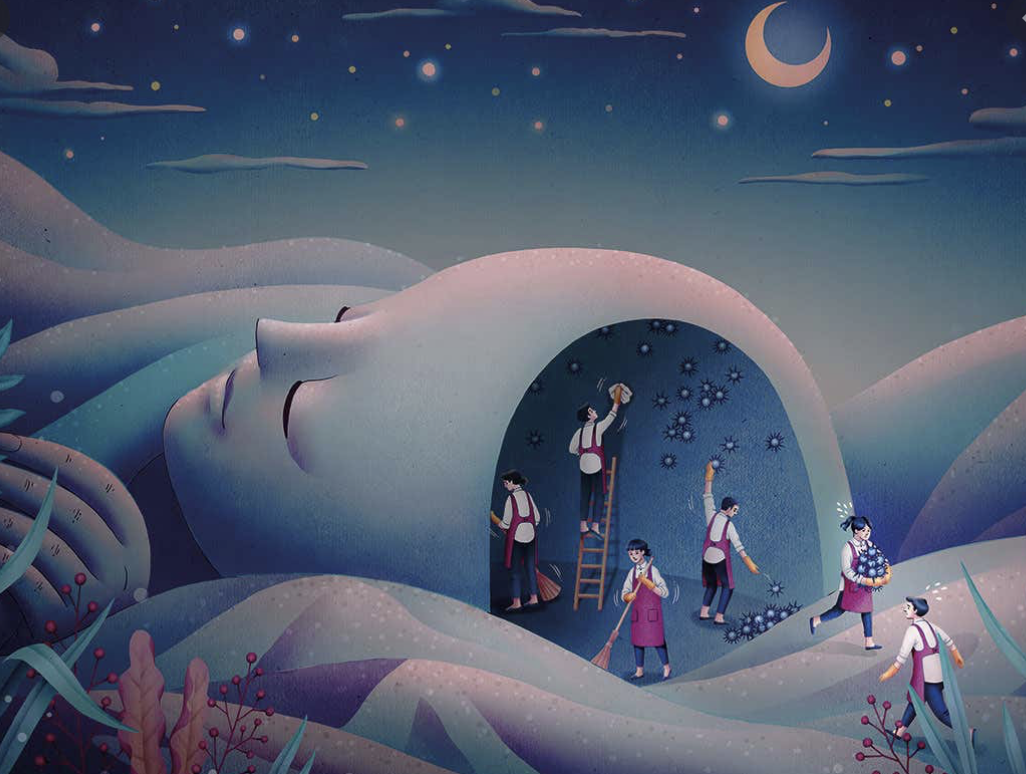 When you sleep, it is easy to imagine that your brain shuts down. However, the researchers at the University of Michigan suggest that groups of neurons activated during prior learning stay active and continue to ink memories into your brain and keep humming.

According to a study conducted by the University of Michigan, following exposure to visual stimuli, the neurons activated by the stimuli remain more active during subsequent sleep. Sleep is considered to be vital for these neurons to connect an emotional or fearful memory to a sensory event. The researchers have been studying how memories associated with a specific sensory event are formed and stored, in mice. A study was conducted before the COVID-19 pandemic where the researchers examined how a fearful memory is formed in relation to a specific visual stimulus.  It was found that not only were the neurons activated by the visual stimulus, but they also stayed active during subsequent sleep. Sleep reflected to be vital to their ability to connect the fear memory to the sensory event.

Previous research also shows that regions of the brain that are highly active during intensive learning tend to show more activity during subsequent sleep. However, researchers were unsure about whether the reactivation of memories during sleep needed to occur in order to fully store the memory of newly learned material. One of the senior professors in the University of Michigan Department of Molecular, Cellular, and Developmental Biology said that part of what they wanted to understand was whether there exists communication between the two parts of the brain which are mediating the fear memory and the specific neurons mediating the sensory memory which fear is being tied to. She said that they were keen on knowing how the neurons communicate and whether sleep was necessary for such communication. Another point of interest was what exactly facilitates the process of making a new association. There had not been any method to test this experimentally until now.

Researchers now have tools that genetically tag cells that are activated by an experience during a specific window of time, focusing on a specific set of neurons in the primary visual cortex. A study showed a group of mice in a neutral image and expressed the genes in the visual cortex neurons activated by the image. The perception of the visual stimulus and the perception of this completely artificial activation of the neurons generated the same response.

It was found during the experiment by the researchers that when they disrupted sleep after they showed the subjects an image and had given them a mild foot shock, there was no fear associated with visual stimulus. Whereas those with unmanipulated sleep learned to fear the specific visual stimulus which had been linked to the foot shock. They later found that mice actually became scared of every visual stimulus that was shown to them by the researchers. According to Aton, who conducted the study, from the time the mice would go to the chamber where the visual stimuli were present, they seemed to be aware of a reason to feel fear but didn’t know specifically what they were scared of.

This likely shows that, in order for them to make an accurate fear association with a visual stimulus, they have to have sleep-associated reactivation of the neurons encoding that stimulus in the sensory cortex, according to Aton. This allows a memory specific to that visual cue to be generated. The researchers theorize that at the same time, the sensory cortical area must communicate with other brain structures, to marry the sensory aspect of the memory to the emotional aspect.

These findings might also have implications for how anxiety and post-traumatic stress disorders are understood, as per Aton.