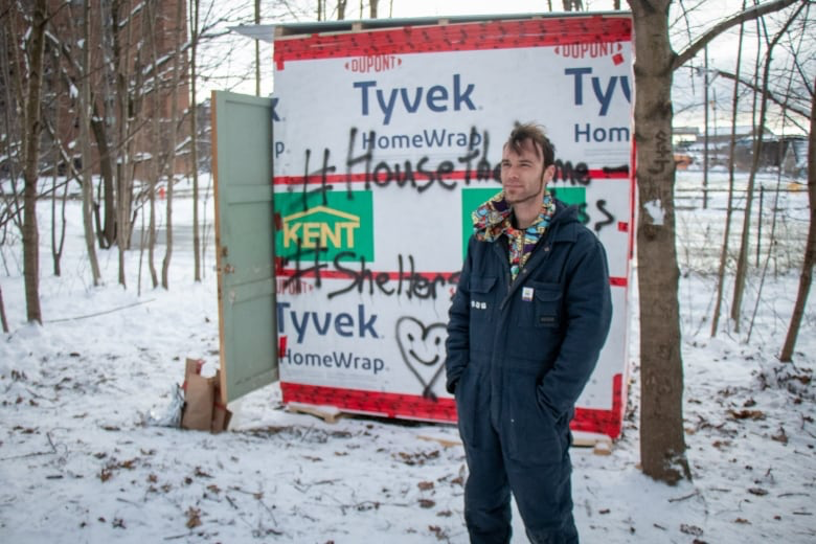 Shelters for homeless people have begun popping up on municipal property in January 2021. In response to the shelters, Halifax Regional Municipality (HRM) has recently announced that the removal of occupied shelters appearing in Dartmouth and surrounding areas will not occur, and made clear that removal will take place only if a shelter is vacant. However, there is a great deal of controversy surrounding the arrival of the huts, because some argue that there is no license to allow people to build without permission on municipal property. On the other hand, HRM spokesperson, Maggie-Jane Spray stated, “the municipality takes an empathy-based human rights approach to homeless encampments that recognizes the human dignity of people experiencing homelessness,” in an interview with CBC, which was published on January 25th. While it is ethical to not take action in removing huts that are some people’s only form of shelter, the issue has raised concerns about the housing situation in Halifax and shines a light on a much larger social problem, not only in Nova Scotia but across Canada.

Recent news has delivered the devastating story of Raphaël André, 51, who died on Sunday, January 17th, just feet away from Open Door shelter in Montreal which was forced to close by health officials due to a Covid-19 outbreak. Advocates for the homeless claim André froze to death in a portable toilet next to a center he had stayed at just the night before. The traumatic event has impacted the entire country, each province riddled with its own population of homeless people. Therefore, shelters appearing in the HRM area have been photographed accompanied by the trending hashtag “House the Homeless,” addressing a dangerous problem in Canada that needs urgent attention from the government.

The huts have consisted mostly of a steel roof and house wrap, providing some protection from the rain and the harsh winter weather. The huts provide a safer place for people who are homeless to store their belongings and take shelter, especially during the colder winter months. It has been determined that the huts are being built by a group referred to as Halifax Mutual Aid, and their anonymity makes it nearly impossible for HRM to reach out to them regarding the controversy surrounding the issue.

While building small makeshift shelters may offer a temporary “solution”, homelessness in Canada is far from being resolved. Amid the controversy and debate concerning the prohibition of the building of unauthorized structures on municipal land, many have responded that it is the best place to build because the city should be held responsible for housing the homeless. While HRM has a no-eviction policy if someone is living in the space, it also does not have the authority to provide housing – that is the duty of the province. Sam Austin, Councillor for Dartmouth center, where some of the shelters have popped up, says that the province of Nova Scotia should build more supportive housing to get people off the streets, and in the meantime, provide help for those suffering from addictions and mental health issues.

While the municipality reiterates that they will not evict residents of the shelters until their needs are met, it seems to have become clear that the need for housing should be prioritized, especially in the coldest months of the year and during a global pandemic. Shelters are not the answer. House the Homeless.

Jenna is studying in her third year at Acadia as a political sciences major. View all posts by Jenna Bouwman