Summer months are often a blur. The Town of Wolfville and Acadia University have been busy since the departure of students, with several major events shaping the summer.

After announcing his intention to retire in 2015 following a heart attack, Ray Ivany formally stepped down on June 31st, 2017. Dr. Peter Ricketts, an environmental scientist with experience coast-to-coast, officially began his term as Acadia’s 16th President and Vice Chancellor on July 1st, 2017. Ivany was recognized with several honours in his last days as President, including the Arthur L. Irving Medal of Commitment from Acadia University and a send-off ice cream cake from the ASU. NSCC’s Dartmouth campus has been renamed in honour of Ivany.

Minister of the Environment & Climate Change Catherine McKenna was at Acadia on the 8th of July to announce $3 million in funding for green solutions to pest management in the forestry and agriculture sectors. Scott Brison, President of the Treasury Board and MP for Kings-Hants, was present at the announcement, noting how the research at Acadia has “the potential to substantially reduce the amount of traditional and potentially harmful pesticides use here in the Annapolis Valley, in Nova Scotia, and also globally.”

The Innovation Pavilion that will connect the newly renovated Huggins and Elliot buildings was christened with the Huestis name, honouring lead donors Faye and David Huestis of New Brunswick. The Innovation Pavilion will incorporate “specialized technology, lab space, subject-matter expertise and commercialization support services” to provide opportunities for productivity and innovation. It will also allow for additional research into agriculture practices and re-affirm Acadia’s commitment to research by allowing students to work with businesses and other organizations. The $22.25 million project is on schedule for completion in April 2018.

Renovations on the Axe Lounge are nearing completion, with VP Events & Promotions Malcolm Anderson noting in a recent communique to students that the student union will be given the bar back on October 13th. Afterwards staff will need to be trained but “construction of a project of this magnitude is full of surprises, so minor setbacks may still arise”. The renovated Axe Lounge will move the kitchen into the bar, have longer hours, and a menu with greater variety.

Wolfville’s NSLC has recovered from a partial collapse on June 26th. Employees heard a rumbling coming from the ceiling before the roof began to implode, and quickly rushed out. Firefighters were called to the scene shortly after and nobody was hurt. About half to three quarters of the ceiling tiles collapsed, resulting in retail damage. The Department of Labour is investigating the cause of the collapse but the store was closed until an investigation was completed.

Nova Scotia Minister of Agriculture Keith Coldwell announced $1 million in funding for Acadia’s agri-food and beverage lab on June 23rd, providing the region a competitive edge in the production of high quality beverages. Labs like these can test for seven chemical parameters of beverages like ethanol, sugar, sulfuric acid, and various metals in order to help achieve the best possible taste. This comes as Lightfoot and Wolfville, the sixth winery in Kings South, has opened and created an additional 20 jobs in the region.

Nearly $84,000 will be invested to upgrade the infrastructure of the Wolfville Farmers’ Market. The announcement was made by Kings-Hants MP Scott Brison, noting that the funding will go towards improvements to keep the building cool and maximize energy efficiency. This will be achieved by adding a metal roof with solar panels and a new master control system to regulate emissions and reduce greenhouse gasses. 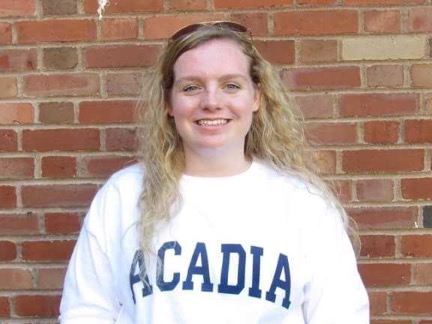 My name is Hunter Murchison-Doggart, and I am a first year Politics major. I am extremely excited to be running for your […] 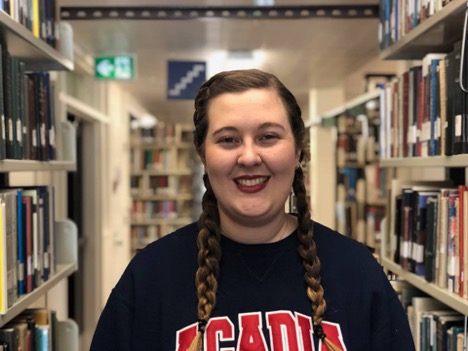 Hey Acadia! My name is Molly, I’m a third year Music and Political Science student and I want to be your VP […]

Hello to those of you who will actually read this. My name is Dahlia and I am running for Student Board of […]