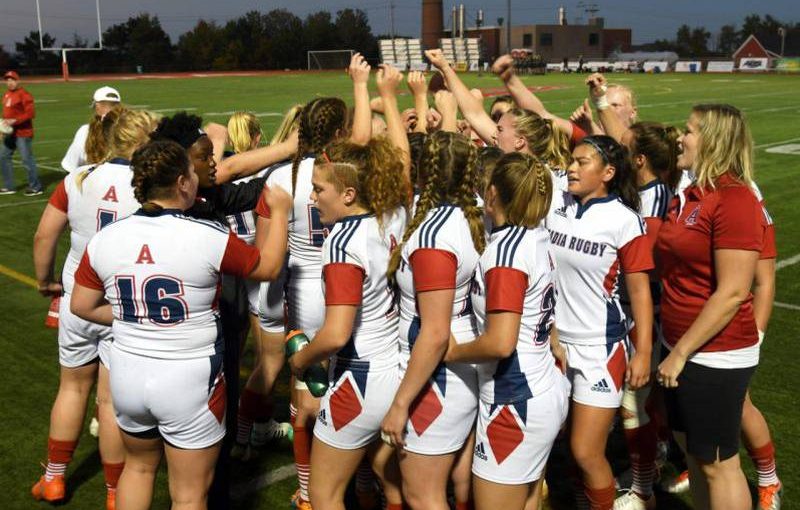 Due to Covid19, university sports have temporarily evaporated, but not our team spirit. The Axewomen rugby team is here to remind you of why you loved Acadia sports so dearly. The big rush before a game ignites audiences of Acadia students flooding the stands with pools of red and blue and proud hollers that echo in memories years later. Acadia pride is contagious; especially, to the Axewomen, as they engage in their pre-game rituals to focus and bring praise to the students who gather around them in hopes for another win. As students, faculty, and Acadia Alumni shake their noisemakers that fade into the Wolfville winds and scream cheers to pump the team up, the rugby team has their separate ways of gearing up for a game.

During this pandemic, the excitement over a game, or a blip in time, remains relevant in our daily lives. Better yet, rituals teach us how to enjoy the moments we overlook. Feeling motivated to walk to the grocery store or to write a test the same way we do skipping over to the Athletics complex to watch players compete against each other means making the most out of the mundane activities in life. While reminiscing on sports memories, remember the feeling of attending an Acadia game, and employ the spirit of the pre-game rituals, seen below, in your daily lives. Here are five pre-game habits presented to you by the Axewomen 2020-2021 rugby team:

So, the next time you hit the gym, walk to your class, or feel sad, blast hype music, tie your hair into tight braids, eat Tums (with discretion), picture yourself tackling your problems or listen to the Karate Kid soundtrack.

Liddy is a third-year English major who plans on taking primary education when she graduates from her undergrad. She is also a second-year RA in Seminary House this year, despite struggling with horror films. Here's hoping she will make friends with Sem's ghost, Connie. View all posts by Liddy Greer