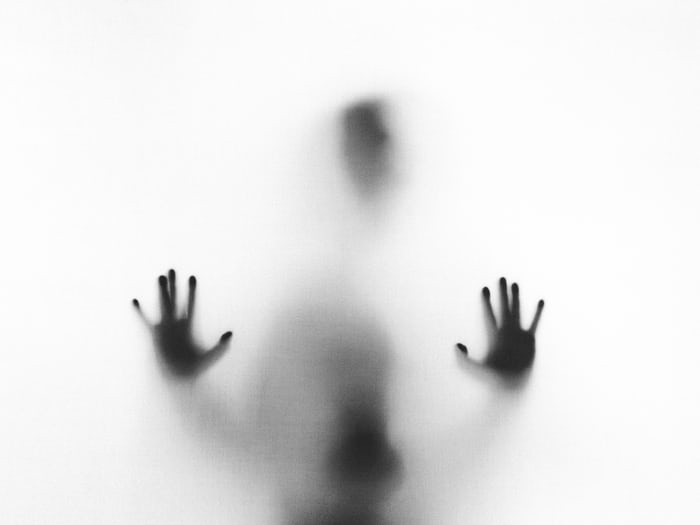 In 1828, the Englishman William Corder was one of the last people to be publicly executed by hanging in Britain. He was given the death sentence for shooting his lover. So, why was he so special? Journalists, including the BBC’s Michael Bond, identify Corder as one of the first criminals to capture the public’s eye, generating a ‘feeding frenzy’ before and after his execution. His story was communicated in songs, puppet shows, theatre productions, and the barn in which the act occurred became an unofficial tourist attraction. Though we may not think ourselves similar to the public audience of 1828, the truth is that we are, if not worse.

Corder only killed one person. If his crime had manifested today, the likely truth is that we would not pay much attention to it, because the public’s interest in criminals is far more horrific in choice than merely a disgruntled lover. These days, the more horrible the crime and brazen the criminal, the better, hence the public’s fascination with serial killers. Part of this fascination is due to the fact that many of these criminals, are known only to us by their nicknames, remain technically at large (never caught), and thus are subject to the fantasies we spin about them. Some of them, elated by the fact and seemingly fully aware of the public hysteria, even taunted those trying to track them down, sometimes even their victims too. Dennis Rader, the BTK Killer, sent letters to local news media and detectives during his spree in Kansas. David Berkowitz, the Son of Sam, also taunted the police taking part in the largest manhunt in New York City’s history at that time. The Golden State Killer was known to call and taunt his rape victims after he’d terrorized them.

The unsolved nature of some of these crimes, and the public obsession with them, means there is an interest in solving these cold cases. As behavioral science gains prominence as a means to track down potential subjects, and DNA science improves evermore, more and more of these cases are being closed. Many across the United States were shocked when the image of an elderly man, looking bewildered to be dressed in an orange jumpsuit, appeared on their television screens in April 2018. This man, prosecutors and the FBI announced to the world, was the Golden State Killer, whose crimes are supposed to have run from 1974 to 1986. He had been arrested on the proof that DNA evidence provided. To his neighbours, he was only 72-year-old Joseph DeAngelo, a United States Navy veteran.

The BTK Killer was apprehended in 2004, thirteen years after his last murder in 1991 and thirty years after his first in 1974. In a stroke of investigative genius, detectives investigating the cold case, knowing that the BTK Killer was proud of his crimes, began enlisting with the help of local media. They broadcast stories about how the day’s youth did not even know about his murders, and how much of the state had forgotten about his terror spree. Insulted, the killer began again to send taunting letters to the media and to the police, from which DNA evidence was collected and linked to medical testing his daughter had done at her university, which led police to BTK himself, Denis Rader. He is currently in prison and is not expected to be released before he dies.

So, what do you do when there’s a fascination? You exploit it, of course. Queue Netflix, and their goldmine of content for murder enthusiasts (there was no better way to phrase that). The following are recent and popular endeavors by the media giant.

The marketing people at the media giant really do deserve a raise, honestly. To issue a statement telling people not to watch a documentary series alone, and thereby triggering a rush of millions of curious people watching it alone? Marketing. Genius. Of course, I’m talking about Conversations with a Killer: The Ted Bundy Tapes. Netflix is notorious for being coy about their viewership and business (they recently refused the C.R.T.C.’s request to hand over the accounts of Canadians using decoy VPN’s to access American Netflix), so tracking down viewer numbers is difficult. But, this documentary was popular enough for Netflix’s catty Twitter account to tweet: “I’ve seen a lot of talk about Ted Bundy’s alleged hotness and would like to gently remind everyone that there are literally THOUSANDS of hot men on the service — almost all of whom are not convicted serial murderers”. Bundy confessed to thirty murders hours before his execution by electric chair in Florida, following a murder spree lasting four years that included two prison escapes. These confessions were only made once the Florida governor made it clear that he would not be issuing a stay of execution. Bundy, for his part, claimed he was innocent, only confessing to his crimes in an attempt to gain a stay. Most believe the number of Bundy’s victims is actually higher, due the presence of numerous Jane Does in Washington State, Colorado, Utah, Oregon, Idaho and Florida that for one reason or another are linked to Bundy. As for the tweet, sometimes I find myself wanting to ask Netflix executives what, exactly, they expected when they cast the pretty-boy Zac Efron as Ted Bundy in the follow up feature film, Extremely Wicked, Shockingly Evil and Vile.

Though a dramatized account of the FBI’s freshman Behavioural Science Unit agents, Agents Holden Ford and Bill Tench in Netflix’s Mindhunter (based on the real agents John E. Douglas and Robert K. Ressler, respectively) interview real killers. Much was made about the release of season two, wherein the two interview Charles Manson and Tex Watson, portrayed by Damon Herriman and Christopher Backus. In real life, Manson was the charismatic ‘father’ of the Manson Family, a group of young adults who would participate in the murder of actress Sharon Tate and coffee heiress Abigail Folger, among others. Manson persuaded three of his young female followers, along with the handsome Watson, to brutally murder whoever was in the house that night. Watson became somewhat of a sympathetic figure to some in the years following, and that is apparent in Christopher Backus’s portrayal of him. In Mindhunter, he is seen woefully recounting to Agent Ford in the prison gym how hard it is to kill someone, and how his newfound religious faith helps him in prison life. Out of context, the conversation is almost like a down-to-earth confession between two normal men. That being said, it is difficult to imagine actually taking it out of context, as it’s rare to come across someone who hasn’t heard the name Charlie Manson.

Recently released was The Confession Killer, the story of Henry Lee Lucas, a man who confessed to around 600 murders he did not commit. Short of considering warlords, this would easily have made him the world’s worst serial killer. This offering tells the story of how the Texas Rangers in Lucas’s home state worked to tie him to murders that he willingly confessed to, despite not being able to do many of them. Famed journalist Hugh Aynesworth published his exposé on the sham, debunking many of the murders that the Texas Rangers insisted he had committed. Lawmakers in Texas were so committed to remaining the heroes in this situation that they went after the district attorney who attempted to expose them by charging him with various federal crimes, none of which stuck, and by continuing to insist that Lucas was the unthinkable monster they originally claimed him to be. Lucas himself died in prison, and many cases that he was convicted in remain closed, despite his involvement being impossible for various reasons in many of them, meaning that the perpetrators in those murders are still considered by the families of the victims to be at large.

I highlighted the preceding projects because they are the ones that appear in the search results with you query Netflix’s most popular crime programs (taking into account that Netflix rarely releases viewership numbers). But you might be wondering: okay, they’re popular. So what?

Which brings me to: why are extreme crime shows and movies so popular? Why did people rush to watch Conversations with a Killer alone? Why did people binge season two of Mindhunter immediately after it was released? Why do people watch, with awe, the terrible Lucas story (and then proceed to tweet incessantly about it)?

Interestingly, the person that seemed to have an answer was Ted Bundy himself. In the final moments of Joe Berlinger’s documentary, the killer muses: “We want to be able to say we can identify these people. But the really scary thing is, you can’t identify them.” Statistically, and obviously, the majority of the public is not an extreme offender. Serial killers represent a tiny sliver of risk in our society. But, consider also that many serial killers remain technically at large because they were not caught. If we could identify offenders on sight, they would not be at large. We cannot identify these people because they look like us. In this, they may not be as dissimilar to us as we’d like to think. No, I’m not suggesting that your neighbor is a serial killer. What I’m saying is that evil doesn’t often look evil, or sound evil, or give you an evil feeling. If that were true, our society would be a crime-less one. That is the attraction for most, the fact that we don’t know what we don’t know.

Because these offenders don’t often look outward like a serial killer (whatever that means), our fascination with them is partially due to the fact that we cannot understand how someone who looks like them, someone like us, could do such a thing. This speaks to a wider problem: the idea that if we cannot see something, it’s not a problem, or the cliché “seeing is believing”. But attacking this wider problem is not something I have the time or patience for, and probably neither do you, reader. What I am interested in, is how the media has managed to make so much profit from such horrible people. Because this is what they are, horrible. Hence the criticism for our fascination with crime.

Netflix’s tweet about Bundy was actually quite insightful. Much of the criticism about popular media projects concerning high-profile offenders is that they place attention and glory on the figure of the offender, and not his or her victims. For example, the real family of Gypsy Rose Blanchard, the famed murderer of her Munchausen-syndrome stricken mother, was met with criticism when they publicly claimed that they did not receive the promised compensation from the making of the award-winning show The Act, which concerns the story. Members of the public found themselves asking why they, as the family of the offender, should receive compensation from it at all. Much of the criticism of Joe Berlinger’s documentary is due to the fact that the victims receive little airtime, Robert Kenner and Taki Oldham’s The Confession Killer focuses more on people who believed Lucas was guilty, rather than those who were left to deal with an incorrectly closed case concerning their loved ones, and Mindhunter does not visit a single victim of the killers they interview. What does this mean? It means there is a mutual relationship in Hollywood: Viewers have their obsession fed somewhat aggressively by producers who make money of the offenders, some of whom wanted attention and glory.

Ask yourself this: Why is it that we remember the names Charles Manson, Ted Bundy, BTK, Son of Sam, the Golden State Killer, and others? Why do we remember these names and not Rosemary LaBianca, Georgeann Hawkins, Julie Otero, Donna Lauria, or Charlene Smith?

The answer is simple: because those names do not make money. But maybe, they should.

Maddy is a 4th Year English major and a columnist for the Athenaeum. View all posts by Maddy Johnston