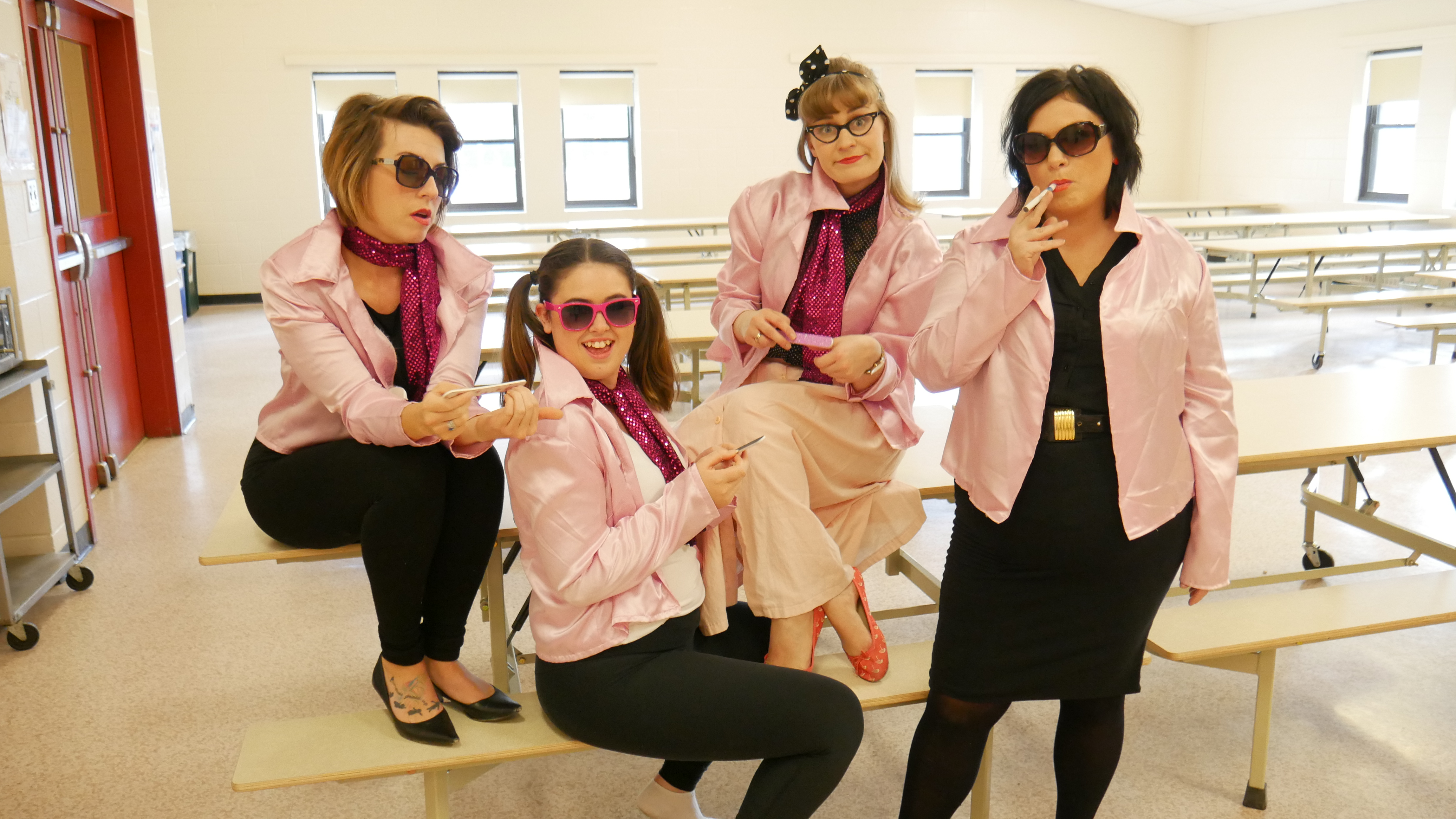 Grease is coming to Windsor! Grab your steady and get her ready, put your mittens on your kittens, and make a date and don’t be late to see Quick as a Wink Theatre’s fast-paced, toe-tapping production of Grease!

Filled with some of the most recognizable songs and characters in live musical theatre history, Grease tells the story of a group of students at Rydell High as they sing and dance their way through their final year of school, dealing with relationships, friendships and rival gangs!

Grease was first performed in 1972 and became an instant stage hit. A few years later in 1978, John Travolta and Olivia Newton-John starred in the now iconic film musical that still holds the record for highest grossing musical film of all time. Grease has become a staple of musical theatre and the soundtrack spawned six top ten hits (including three number ones!) and made Olivia Newton-John an international superstar. Today, the musical name Grease is synonymous with fun, high-energy and very enjoyable theatre!

So, what a perfect selection for Quick as a Wink Theatre’s 2017 season opener than Grease. I was so honored to have been chosen to direct this wonderful production. After my directorial debut last year with ‘Who’s Afraid of Virginia Woolf?’ I was looking for something different and Grease is certainly the opposite end of the spectrum. But I wanted my next directing effort to be a labor of love, a piece of work I connected with, as well as a project that let me work with teenagers and adults and Grease fit that criteria perfectly.

With a stacked cast of brilliant local actors and actresses singing, dancing and re-inventing these well-known characters, plus a production team filled with remarkable love and professionalism for the show; the audiences are in for a real treat with our production of Grease!

I can think back to many times when I’d be singing ‘Summer Nights’, ‘Greased Lightning’ and ‘We Go Together’ long after seeing the film. I can recall seeing the film at the drive in for the 30th anniversary and most of the audience was in costume and I feel I know the era, music, and cultural significance of the show and I believe I know the audiences expectations for this show so directing it has never felt like work to me. Instead I’ve had an incredible time taking the helm with a great cast and crew and I’m super excited to put our hard work in front of an audience. Don’t miss it!

Grease is being performed at the Kings-Edgehill Performing Arts Centre in Windsor January 27th, 28th, February 3rd and 4th in the evenings starting at 7pm and Matinees will be held on Saturday January 28th, Sunday January 29th and Saturday February 4th at 2pm. Tickets are going fast so head down to Moe’s Music Stop in Windsor or The Box of Delights Bookshop in Wolfville to pick yours up! You can also purchase tickets online at www.qaaw.ca. Trust me, with all the other shows and live performances going on in the valley, this is The One That You Want!