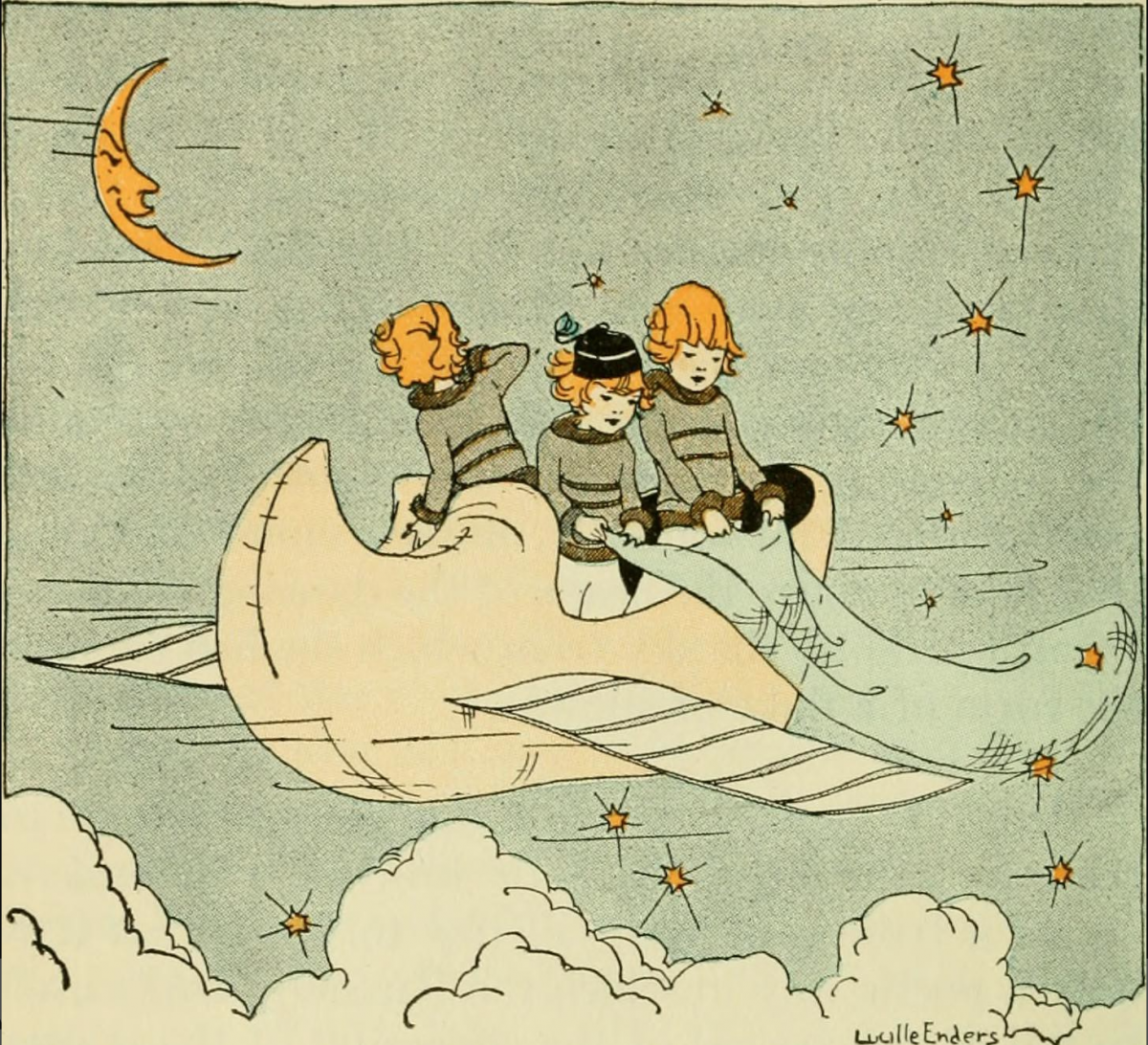 There was once a boy named Cliffton, who was the littlest among four siblings but the biggest among the neighborhood kids. Cliff loved his little friends, but he hardly ever saw them; his curfew was sundown, even on the dreamiest and warmest nights of the summer. Little Cliff often had nothing to do in the night but sit in his bedroom and look out at the moon and listen through his floorboards. Many nights there was absolute silence downstairs and he got very bored. On nights like these, he could expect to be checked on at least 3 times before falling asleep: twice by his mother and once by his father.

However, there was another kind of night.

On these very special nights, Cliff would hear through his floorboards the sound of adults ruthlessly shouting at each other. Cliffton called these nights “yelling nights,” and he eagerly awaited them, because a yelling night meant only one room visit. Just one late night visit from mom. That gave him plenty of time to climb down the drainage pipe and run off to the golf course, where he knew his friends would be waiting.

There was once a clear and warm summer night that also happened to be a yelling night. Cliff, understanding how special this moment was, told his second-oldest sister where he was headed, hastily climbed out of his window, and snuck into the garage. He rooted around the clutter until he found a pile of wooden oars and life jackets. He picked up as many oars in his right hand as could fit and as many life jackets in his left, and wasting no time at all, he sprinted, under the streetlamps and into the evening.

In the day, you couldn’t hang out on the golf course; there was a good chance that men in polo shirts would yell at you. In the night, however, those rolling hills of trimmed grass were roamed by children, who would sit around in a gossiping circle or play breathless games of tag. When Cliff ran over the crest of the hill called Dead Man’s Hill, he saw a half-dozen kids sitting around a sand trap and hollered madly for their attention, waving an oar through the air. When they saw him, they shouted back like a pack of wild animals and ran up to meet him.

“Hurry! Hurry! Take these!” Cliff indiscriminately hoisted the life jackets and the oars upon anyone who could carry them. Seeing the confusion on their faces, he explained between rounds of excited panting: “Tonight [gasp] is the [gasp] night when the ships fly across the [gasp] sky.”

“What kind of thips? Thips go on the othean, not the thky.” This was the lispy voice of Sam (a.k.a Tham), who was considered to be the smartest one among the group. Several among the ranks nodded in approval.

“Do you see the moon up there? It’s full tonight. Last time it was a full moon, I saw a bunch of ships cross the sky, remember?”

“We all agreed that wath a meteor thower.”

The younger kids looked up at Cliff with wild enthusiasm, but Tham didn’t believe it and shook his head. Despite his skepticism, however, Tham fastened the straps of his life jacket and took an oar in his hand. As Cliff beckoned for everyone to run up to the peak of Dead Man’s Hill, he pointed at people and assigned positions. “Lily, you’re the navigator. Pip, you’re on starboard. Sam, you’re on port.”

Pip’s question disappeared into the air as the first ship appeared from behind a wispy cloud. Pip and Lily and Cliff and Tham and Kiara and Jess craned their necks and stared as the fleet took shape and subsumed the constellations. The ships were thin, bright, and made of wood that trembled with the breeze. They flew no flags, held no passengers. They simply floated through the sky, propelled by invisible rowers and steered by invisible captains. Their lunar shadows dangled over backyards and parking lots.

The kids screamed out to the ships like they had never screamed before, and they only got louder when they weren’t heard. They waved their arms and shined up flashlights; nothing worked. Agonizing minutes passed, and all the ships sailed on, with a graceful ignorance for the earth below. All except one: towards the rear of the flock there was a smaller boat that jerked around throughout the sky. There was no beauty or logic in its movements; it was a bird with a broken wing. The runt of the litter. And just as Cliff was starting to lose hope and Tham was forming the words “I told you tho” on his lips, this little boat descended upon the hill.

Cliff was the first to jump onto the ghostly deck, and he outstretched his hand for the others, who looked around at the mothballs and dust that had consumed its floors. “Are you thure about this?” Tham shouted against the wind, but before he could jump back to the safety of the grass, the boat lurched up into the sky and Lily began to shout out orders. “We need to turn right, people! Get moving!”

The decrepit old boat was falling behind the fleet, which had almost disappeared into the horizon by the time Cliff’s crew had assumed their positions. Pip, Tham, and Kiara plunged their oars into the night’s chasmic void and miraculously felt the boat ascend amongst the stars. From up here, they could only see the sketched suggestions of streets and porch-lights and cars. Much more clear was the deep-set light of the constellations and the immediate twinkle of the fireflies that courageously flew along the hull. The howling wind whipped glorious and cool upon bare ankles. The air was soft and endless: such is the grand tradition of midsummer nights.

Soon, they were flying at the very apex of the flock, gazing down upon dozens and dozens of puppeted ships. Having finally reached this great height, the crew could relax. Tham pointed out the North Star and the cloud of the Milky Way to anyone who would listen; Lily speechlessly watched the green of the trees, which reminded her vaguely of broccoli from this height; Kiara assured her little sister Jess that there was nothing to be afraid of; and Cliff simply stood at the frontmost edge of the boat and smiled.

There was no longer a window between him and the galaxy. On this night and at this hour, there were no parents, no floorboards, no wasted feelings. There was only laughter and wonder and the sky. Cliff thought about how short hours really are, and about how the future is really only the present in disguise. And no matter what teary-eyed mothers and fathers awaited him upon his return home, Cliff knew that there would always be a summer on the other side. From up here, he could almost see himself next summer, running through the woods below.

“Captain, thir, when are we planning to head back home?”

Cliff awoke from his thoughts and turned to face Tham. He put his hand on Tham’s shoulder like he had once seen in a cartoon about sailors and said: “Sam, we’ll know when we know.”