Authors note: This article is written and reported in my capacity as Features Editor for The Ath. I do not endorse the comments found within.

The Athenaeum reached out to sources in order to verify the allegations found within an article by Harrison Paul titled “Why I Resigned: Former CRO Speaks Out.” The source interviewed for the purpose of this article wishes to remain anonymous. The interview took the form of a simple question and answer. The results of the Ath’s investigation were as follows:

Chris: How would you respond to the claim that the ASU council failed to maintain a separation between their activities and those of the election?

Ben Bradlee:  There was a significant degree of interference on the part of some Members of Council in the 2018 General Election. Under the Constitution, the By-Laws and the Council Code of Conduct, Members of Council are expected to maintain a neutral role in Union Elections and respect that Election Officials are appointed to facilitate the fair and efficient administration of the election. In the fall of 2017, Council adopted a couple of specific changes to the Elections By-Law and sustained the remainder of the by-law in its entirety. Council placed its trust in the election rules and regulations that it passed and expected the Election Officials to fairly enforce the by-law as written. This was what the former Chief Returning Officer, Harrison Paul, attempted to do; however, he was met with resistance at every turn from some Members of Council, particularly those on the Executive Team. For an Executive Team that emphasizes positivity and compassion so much, it was simply disappointing that the only thing that they did was to berate, attack and criticize everything that the former CRO did – ultimately forcing him to resign. Following his resignation, these same individuals started to provide a lot of support to the Acting Chief Returning Officer (A/CRO) who stated clearly at his first Council meeting as A/CRO that he was going to bend to the will of Council at every instance, when his true duty should lie with the Elections By-Law.

Chris: How is it that election officials could be influenced so as to skew the election results?

Ben Bradlee:  As human beings, everyone has preferences, which is completely fair, but it was especially clear during the 2018 General Election that the Acting Chief Returning Officer (the top election official for the majority of the election) was predisposed to support certain candidates. When election complaints came in against certain candidates, there were comments made that they were not valid simply because they were submitted against certain candidates. Almost no election complaints were found valid, even though there were clear violations of many election rules and regulation. Additionally, other individuals involved in the election appeals process could be seen to have clear preferences as to who they wanted elected. When some candidates asked questions, particularly those for the position of President, were provided with different information on the job and position requirements than was provided to other candidates.

Chris: It seems as though the elected ASU officials wasted huge amounts of time trying to decide on how to amend the election by-laws, why was this and do you think Acadia students are well-represented knowing that this was the topic of nearly four council meetings?

Ben Bradlee:  Changing election rules and regulations are important parts of student governance as they allow elected representatives to set rules that ensure fairness and equity for all of our students. The first round of amendments were started in September 2017 when the Governance Committee started to conduct research into other Students’ Union by-laws and reviewed the structure of the then-current by-law. After two months of close study and review, the Governance Committee unanimously put forward their recommendations to Council, which adopted the vast majority of the proposal changes. This process is designed to limit the amount of time that Members of Council need to dedicate to reviewing by-law changes. The Governance Committee was designed last year to create a platform for expert study of proposed changes. The committee is composed of the Chairperson, President, two (2) Non-Executive Members, and two (2) Regular Union Members.

However, it is my opinion that, while understandable given the context that was provided to Council, the increased attention to the Elections By-Law was not a fair use of their time.  Based on the guidance of the Executive Team, Council was under the impression that the Elections By-Law had legal issues that threatened the election itself. It has become increasingly evident that Council does not function as it is supposed to. At almost every instance, it seems like the Executive Team are acting like dictators. Although they may possess more knowledge than other Members of Council, Council is supposed to be the body where decisions are made. When the Executive Team feels the need to take a break during a Council meeting to physically leave the room  to get on the same page, it does not say much about their respect for the body as a whole. These discussions could have happened around Council’s table, rather than in backroom discussions. This would have promoted openness and transparency but apparently, these values were not front and center in the minds of the Executive Team.

Chris: Do you think the results of the election were legitimate?

Ben Bradlee: Frankly, no. The failure of the A/CRO and the Elections appeals committee to fairly enforce the election rules and regulations that were developed and upheld by Council at many instances prevents the election from being considered completely legitimate. For instance, at the February 13th, 2018 Council meeting, one of the candidates shared that they had followed the election rules to the point of waiting to put up campaign posters for over a week until they confirmed the building regulations that were in effect in each building. The election rules clearly outline that building regulations must be followed and there is indeed a recommended penalty included at the end of the by-law. However, election complaints that were submitted about posters that violated this rule were deemed to not be valid because they were not fair to all candidates. While some candidates followed the rules, others did not. This provided an advantage to these candidates as they got advertising up earlier and were permitted to advertise in prohibited areas. When this was brought up at Council’s table, these concerns were dismissed by the President as “the rule itself not being fair”. This decision was activist in nature as Council had not made decisions that supported this idea. In fact, Council’s last direction on the by-laws was to set these rules so it should be expected that Election Officials enforce the word and spirit of the established rules.

Chris: If not, which elected positions were affected and how serious is the problem?

Chris: In your opinion, should the results be considered legitimate?

Ben Bradlee:  It is important that we move forward from this election, while recognizing that the 2018 General election itself was not fair. There were many candidates who felt that the electoral process was not fair and several who were even fearful that they would lose out thanks to the unfairness and bias exhibited by Election Officials. It is my belief that the trust that electors have in the process has been broken by certain Members of Council who have chosen to actively advocate against the duly enacted regulations and these same individuals have failed to enforce these same regulations during the election.

This article should come with a trigger warning. Beheadings, stoning, lashings, and everything else that comes with living in a Muslim majority […] 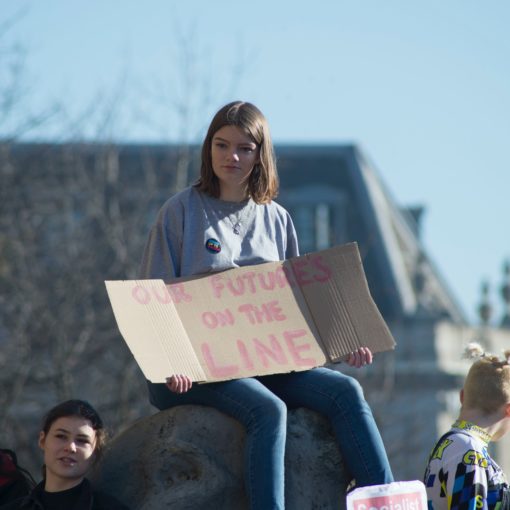 On September 23, 2022, Liz Truss stepped down from her position as prime minister after only 44 days in office; an all-time […]

A silent political fringe so low-key they’ve never actually been classified. Enter, the alt-nah… Typically, nobody would actually identify as being part […]