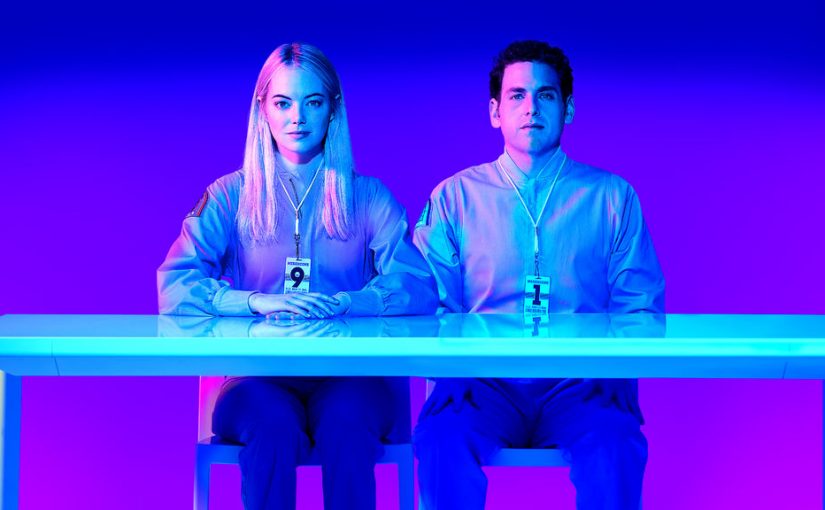 The new Netflix original series Maniac is something quite unique. First off, Emma Stone and Jonah Hill as cast makes this series worth the watch. Every episode offers such a contrast of reality and fiction, modern or dated, and laissez-faire or chilling. Honestly, it has a little bit for everyone. If you’re a Quentin Tarantino fan this series offers the grit and gore offered in Tarantino’s movies like Django Unchained (2012), or Inglourious Basterds (2009).

Whether it’s a single episode or the entire series, the story is compelling and unique. In fact, it offers a both an original sub-plot for every episode, yet, still retains overall continuity for the central plot for all of season 1. I’m not kidding here, seriously, within the first two episodes they manage to set the parameters for what can happen for certain characters. From there, they both simultaneously gained the ability to tell two stories at the same time all the while having endless creative freedom episode to episode.

This show offers Emma Stone and Jonah Hill in so many different settings, moods, and looks. Being able to see two high profile actors perform such an repertoire of acting skills was frankly impressive at worst. This series should also engage well with millennials as they grew up as the two stars came to fame, and plot elements from Mr. Robot (2015) and Bates Motel (2013) are generally more couth with the millennial generation. Actually, I would say that this is probably the best first season of a series I’ve ever watched. It beats Season 1 of House of Cards, it’s that good, seriously. This is why… EVERY SINGLE EPISODE offers character development relative to the individual episode and the overall series as a whole.