The K.C. Irving Environmental Science Centre is a beautiful representation of the natural science community that exists at Acadia. The spacious and comforting Garden room with its’ cheerful citrus trees is a popular study place among students. The greenhouses are busy with various projects, and the downstairs laboratories are alive with professors and students doing interesting and often important work on everything from mercury contamination to seed preservation. It is obvious that the K.C. Irving Centre is a hub of academic activity.

The centre, as well as the Harriet Irving Botanical Gardens, are gifts to Acadia University from his family, and were opened in 2002.

While Arthur Irving Scholars are expected to become involved in activities in the Irving Centre, there are also opportunities for any motivated and hard-working student to become involved with the Acadia Seedbank, plant tissue culture work, the E.C. Smith Herbarium, the greenhouses, or the CARE labs. Such opportunities may help students further down the road, by helping to identify key interests  and providing  invaluable  hands on experience.

Hannah Machat and Rachel Clarke, both Arthur Irving Scholars, offered their insights about their experience in the K.C. Irving Centre.

Machat is a fourth-year environmental science student who has been in the Arthur Irving Scholarship program since her first year. She has had a variety of experiences with the K.C. Irving Centre throughout her time at Acadia that have exposed her to many different academic paths. Machat considers the many connections she made in the Irving Centre as having been integral to her experience as an environmental science student at Acadia.

One of Machat’s experiences included working as a research assistant growing tomatoes for an aquaponics project, as part of her co-op work term in 2nd year.

In her third year, Machat completed her second co-op with Agriculture Canada. She also volunteered in the plant tissue culture lab in the K.C. Irving Centre. Both experiences were very valuable to Machat, who learned many laboratory skills and discovered more about her interests.

Now in her fourth year, her honours research is concerned with the reproductive consequences of the endangered plant Rockrose (Crocanthemum canadense) and florivory by the moth, Mompha capella . Although Hannah is an ENVS student, her research is supervised by Dr. Rodger Evans, a professor in the biology department.

Rachel Clarke, now a Masters student upon having completed her undergraduate degree in Environmental Science through the Irving Scholarship program, has also had many diverse experiences as a result of her connections to the K.C. Irving Centre.

At first a little unnerved about the prospect of eventually conducting her own research, Clarke started talking to some older Irving Scholars. Being exposed to the research conducted by the older Scholars made research seem more approachable– even fun and exciting.

In her second year, Rachel worked as a lab assistant in Dr. O’Driscoll’s mercury lab, which ultimately led her to discover her interest in the field of contaminants and mercury. Rachel spent the summer after her second year a field and laboratory assistant, assisting in sample collection and preparation on Brier Island, Nova Scotia.

By her third year, Rachel knew that she wanted to continue to work in Dr. O’Driscoll’s lab for her Honours research, largely out of the opportunities she had to work in the C.A.R.E. mercury laboratory in the Irving Centre with “such great people”. Her honours research was concerned with mercury bioaccumulation in invertebrates in Kejimkujik Park.

Rachel has now been awarded a Master’s Irving Scholarship to continue her research on mercury contamination in Dr. O’Driscoll’s lab. Rachel’s Master’s thesis is concerned with the influence of water salinity on mercury reactions in estuaries and interconversions.

While both Machat and Clarke are Arthur Irving Scholars, they credit the many opportunities they have experienced not just to the scholarship program, but to the many connections they made through the K.C. Irving Environmental Science Centre. These connections can be made by all students wanting to enhance their environmental education. The importance of connections was something that came up often in our conversation, and should not be overlooked by any students, Arthur Irving Scholar or not.

As Rachel poignantly expressed, “when you get passionate, like-minded and driven students together, really interesting things can happen”. The K.C. Irving Centre is an incredible resource for making connections of all kinds– highlighting the increasing collaboration needed to overcome the environmental challenges of today.

… I think it broke. This goes through the minds of more species than you may think, but not because they’ve been […]

As the last semester of university approaches for our graduating class of 2019, so does the anxiety about what’s beyond the horizon. […] 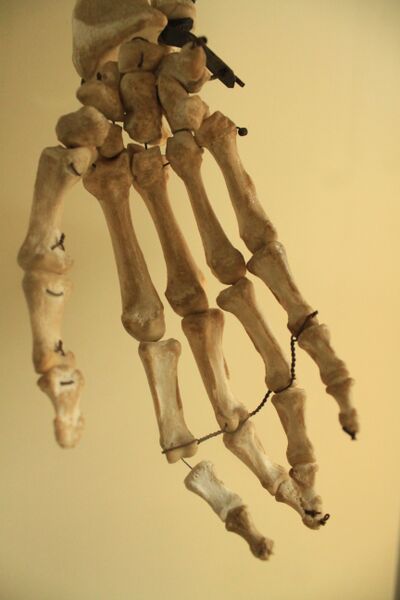 Beginning with adventurous spelunkers and culminating with the discovery of a distant ancestor, the Homo naledi story is one of luck, skill, […]

Nova Scotia is on alert, and has reported multiple cases of avian influenza, a contagious viral infection that affects bird populations. There […]