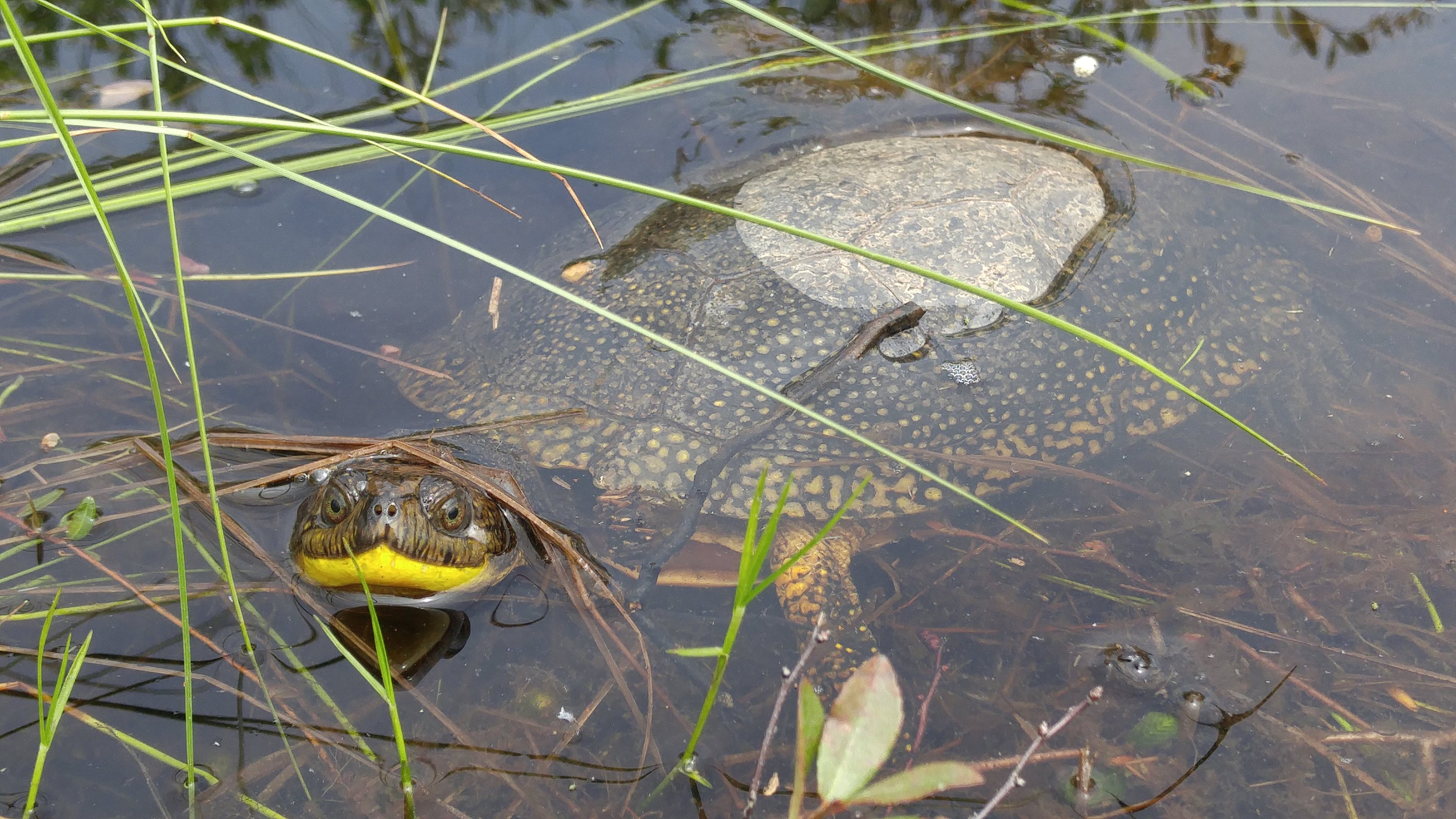 As the landscape is continually altered for harvest, land development and roadways, turtles lose precious habitat. Losing habitat can be more than just a loss of living space but can also affect migration, nesting locations and opportunities to mate. Areas between group of turtles with proper habitat and waterways allow turtles safe passage with lower risk of dangerous encounters. Without habitat to facilitate movement between groups of individuals, it can be difficult to find food sources, areas to nest or encounter mates. If group numbers are low, inbreeding increases and can cause negative genetic effects due to a lack of genetic recombination. Overall this can lead to lower fitness, lower resistance to disease and a reduced capacity to respond to environmental changes. Considering that it takes a Blanding’s Turtle 20 years to reach sexual maturity this could result in a significant reduction in the breeding population.

Analyzing DNA samples will allow us to explore the genetic structure of this new group of Blanding’s Turtles. This data will be compared to previous data collected from the other three populations of Blanding’s Turtle in Nova Scotia. Determining if this new group of turtles is a distinct population or an isolated extension of another population will allow us to build recovery plans at a scale that matches that of the species. This would mean dedicating the appropriate amount of effort and funding towards this group based on its size and need in relationship to the other populations. It is important to understand where to allocate funding and efforts for recovery actions to maximize benefits for the species overall.

For this project, DNA will be isolated from blood samples we collect in the field. A process called Polymerase Chain Reaction (PCR) will allow us to amplify minute amounts of DNA for genetic analyses. The procedure involves an initial lysis step which releases the nucleic acids from the cell, that are then separated from the rest of the cellular material which is eventually discarded leaving the DNA behind.

Using known sections of DNA called primers, PCR replicates DNA and makes millions of copies of these target sequences. These DNA ‘fingerprints’ can be analyzed for allele frequencies and subsequently compared to genetic profiles of other Blanding’s Turtles from Nova Scotia. Essentially, the process explores differences in the DNA at the same site (loci) on the DNA strand of different individuals. These differences can illustrate how closely related the individuals or populations may be at the genetic level.

Allele frequency data not only informs on the genetic relatedness of the turtles but explores several other genetic factors, such as; inbreeding, migration, parentage, etc. With this information we can understand the physical and genetic factors that may impede development of this group of turtles. Understanding these issues is the first step towards overcoming them. With effort and time, these Blanding’s Turtles’ communities should be stable and not under a constant threat of extinction. It is the goal of every conservationist to see an endangered species thrive again and it is my goal to see the Blanding’s Turtles smiling faces for many years to come and long after I am gone.

Carter Feltham is a candidate for a Master of Science in Biology and supervised by Dr. Russell Easy and Dr. Steve Mockford