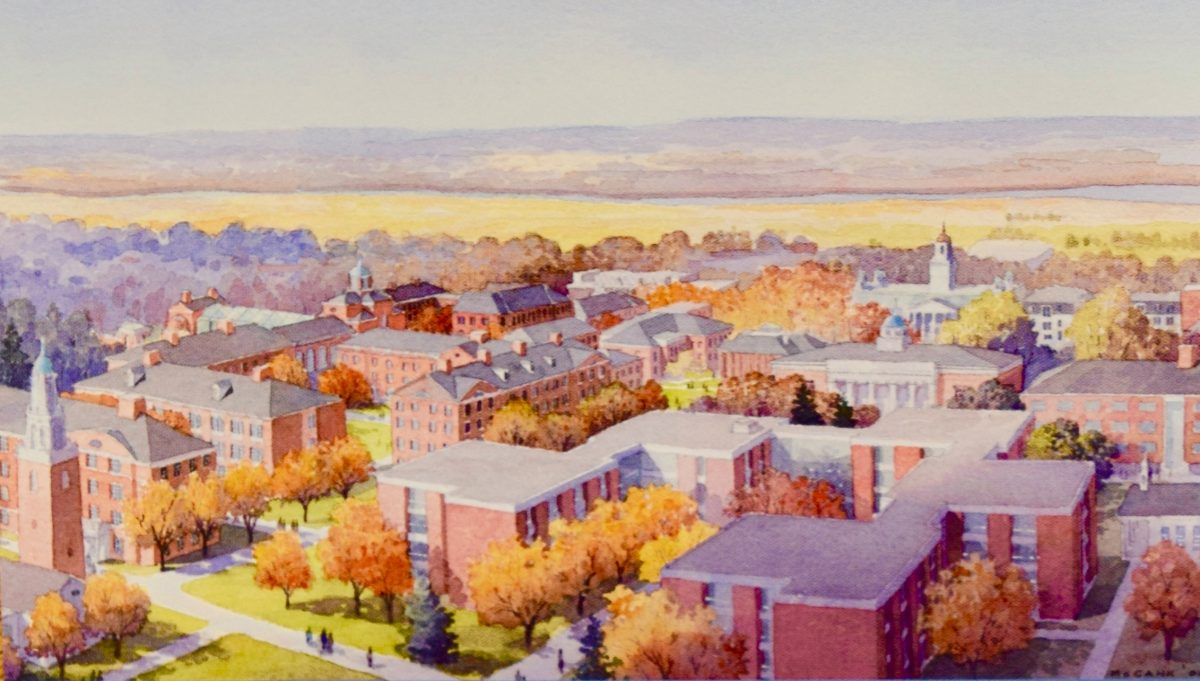 The first draft of Acadia’s strategic plan released on October 28th is quite something. For an institution that so frequently shunned ambitious plans for fear of budget deficits and bad publicity, this draft strategic plan shuns austerity and embraces investment in students. I’m very excited.

Let me first disclose that I have heavy biases. In my final two years at Acadia, where I served as Arts Senator and Student Board of Governors Representative respectively, I advocated heavily to focus our conversations beyond the 2-5 years to the 10-20 year timeframe. I can now go through this strategic plan with some satisfaction knowing that the conversation has finally shifted. I definitely did not do it alone, but it comforts me to know that present Acadia students are concerned about their legacy.

In my final piece as Editor-in-Chief for The Athenaeum I implored Acadia to learn from its history, to not run from the failures and learn from its mistakes. This plan does exactly that and builds on the best pieces of what makes our institution unique.

I have always been a vociferous proponent of the Campus Master Plan and SUB Renewal. When I first stumbled upon the campus plan poster tucked away in the KCIC boardroom, I was inspired. Here was a vision of Acadia that was forward thinking, ambitious, and one that understood what made us unique. This was a vision that I wholeheartedly endorsed because it didn’t settle for stasis. It actively sought to make Acadia better by playing the long game.

In my final two years at Acadia I advocated heavily for reintroducing the Campus Master Plan into planning processes and recapturing that vision lost at the turn of the millennium. It’s one thing to say we’re an amazing school, but it’s another thing to actively plan for being one ten to twenty years down the road.

I applaud President Ricketts and the Acadia 2025 task force for including a commitment to modernizing the Campus Master Plan and resubmitting it to the Board of Governors by 2021. This is the kind of forward thinking that Acadia hasn’t been able to do for almost fifteen years because of budget crunches and declining enrollment, but now we’re in a solid place to begin looking towards a new future.

SUB Renewal was always a huge priority of mine. I firmly believe that students need an on-campus home that they can share with all students regardless of what they study, where they eat, or where they’re from. Including SUB Renewal as a priority within Acadia 2025 and the Campaign for Acadia signifies that the university is putting student concerns front and centre. Prioritizing SUB Renewal means we can ditch the 70s brutalism and create the SUB that we want. It can be carbon neutral, ensure that it produces net-zero emissions, include a climbing wall, a brewery, or whatever the hell we want. The point is we can build on Acadia’s legacy of leading the charge and demanding better for students instead of limping along as the sick man of the Maritimes.

There are obviously many more things that Acadia 2025 prioritizes that are worthy of commendation. The plan has plenty of KPIs that are specific, measurable, attainable, realistic, and time constrained. Increasing the number of African-Canadian students, new partnerships with the Maple League, updating the Acadia Sustainability Assessment and including a carbon footprint analysis, establishing an Undergraduate Research Opportunities Program, and beginning a Great Valley Initiative are all reasons we should be excited.

When Dr. Ricketts first came to Acadia in March 2017 to pitch why he wanted to be President, I was struck by his vision. His clearly articulated vision of Acadia is one that I have fully and wholeheartedly supported. Although he may not have the relative youth of former president Ray Ivany, he certainly does not lack the optimism.

I identified with his vision of Acadia because of his focus on becoming a more global institution. One of the questions I asked him two years ago was “What role do you see Acadia playing in an increasingly global world?”. He didn’t skip a beat when answering with “Big”. By that he meant that Acadia could become increasingly global not just including more international students and exchanges, but global throughout extent of university. This meant building partnerships with likeminded institutions around the world and forging program links, research links, faculty exchanges and student exchanges. This particular global education is one that he identified as crucial to a legacy he would seek to leave behind. Acadia 2025 is that legacy.

He identified several issues that Acadia is facing, including the increasing questioning of the value of a liberal education. One line stood out to me during his lecture in University Hall, when he said, “You can’t sit back and be complacent”. He noted that by maximizing partnerships outside the university we could maximize opportunities for students, and while one may learn much in the classroom, one will learn so much more outside of the classroom.

Acadia 2025 gives us the roadmap we need towards reclaiming our mantle as the best undergraduate university in Canada. We can’t do that by copying what Mt. Allison or St FX has done. We must be unique in our vision and bold in our execution, and I firmly believe that the Acadia 2025 strategic plan puts us on the right track.