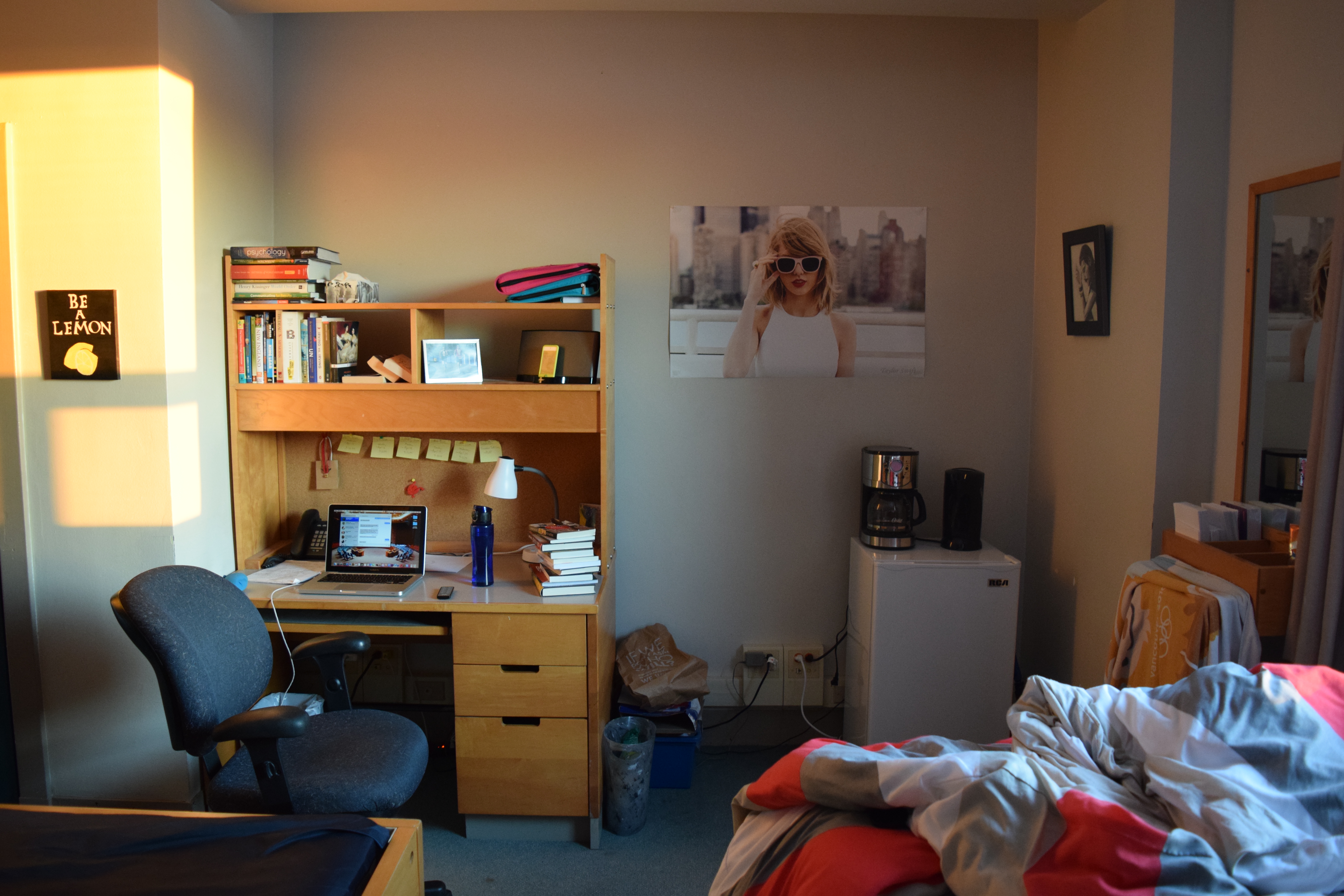 I’ve thought for a long time about what I wanted to say in my final article for The Athenaeum. I’ve debated between a tell-all, a sappy story about how I’ve grown as a person, or constructive criticism for the university as a whole.

Instead I want my last article to leave you with one message as Editor-in-Chief: learn your history.

Acadia’s history is one that needs to be taught. So much has happened since 1838 that our mediocre Wikipedia page doesn’t cover. We’re a unique institution and we’ve been through hell and high water. We’ve done great things and we’ve fucked up royally. Our tumultuous history with the Baptists, flirtations with a eugenicist and white supremacist, drive for a home for our students, and bold plans for the future are just examples of what has happened within our community.

To most of the world we’re a small university in the middle of nowhere, Nova Scotia. Prospective students have no idea that our campus is steeped in history, culture, tradition, and an optimistic spirit that has pushed us so far forward.

Acadia has been behind the times. We were not the first university in the British Empire to grant a woman a degree. We were not the first university in Canada to have African-Canadians graduate. We did not have a female president until 2003. We have very few professors of colour and only just hired indigenous and black student advisors. We have accrued debt over the years and are struggling to pay it off while avoiding tuition increases.

Yet through all of the negative headlines there is a reason to have hope. I moved across the country to come to Acadia and I’ve since fallen in love with this institution. I love it because no matter who you are or where you’re from, you can come here and make a difference. If opportunities don’t exist, you can create them.

The Acadia spirit is one based on struggle and perseverance. Our history is rich with examples of how the university has soldiered on when the odds were stacked against us.

In 1852, Professor Isaac Chipman – an integral figure in the founding of Acadia and fundraising that made the university possible – drowned alongside most of his students near Blomindon. With a sizeable portion of the graduating class and the university’s most esteemed professor lost, many feared the university would close. But we persisted.

In 1877, the first College Hall burned to the ground. Within months the town and university organized the Forward Movement to raise funds to build another. We persisted.

In 1914, the War to End all Wars began. It took the lives of dozens of Acadia students and threw the university into disarray. But we persisted.

In 1920, the second College Hall burned to the ground. It took with it priceless books, artifacts, and memorabilia of a powerful history. The next day we began asking around for donations and worked with the Rockefeller foundation to build a brand new University Hall reflective of our pride. We persisted.

In 1945, World War II ended and Wolfville was flooded with more veterans than there were beds. The university entered a state of shock and struggled to adapt. We persisted.

In 2008, President Gail Dinter-Gottlieb resigned after Acadia had taken on massive amounts of debt and suffered through two faculty strikes. The university was being attacked from all sides as enrolment fell 25%. Within two years Ray Ivany became part of the Acadia family and helped put us back on our feet. We persisted.

The same drive that built the first College Hall with no money, just the determination of its students, still courses through the veins of this campus. I’m proud to say that I’ve attended Acadia University. We’re not Harvard. We’re not Oxford. We’re not U of T. We’re not Dalhousie. We’re Acadia and that damn well means something.

This year as Editor-in-Chief I’ve tried my hardest to make known the stories that compose our campus. I’m proud to have published a Black History Month Issue and Research Issue and to have celebrated the voices on this campus. Those who agree and those who disagree make our collective voice stronger. What’s important is that we keep talking and remember where we came from. Though there may be those who strongly disagree with the direction The Athenaeum has taken this year, I am and will always be proud of it.

In the end, The Athenaeum is nothing more than a record of what happened. It does not persist because of a magical institution and aggressive archivists that demand copies of the paper. It persists because we all have stories to share. We are merely custodians of history. Our history has taught us that we will always persist and we will triumph. I’m confident in my successor and the successors that follow her to maintain the mantle of custodians of our collective history. The Acadia history.

A new study links Women’s expected longevity to age at birth of her last child.

As suggested by The North American Menopause Society (NAMS), no one however is certain on how long they would live for but using leukocyte telomere length offers some insights into a women’s projected lifespan. It further shows how maternal age at last birth of her last child influences the length of the telomere and long-term health. Telomeres are the repeating DNA protein complexes that play the role of protecting the endings of chromosomes and have also proven to be vital for maintaining genomic stability. In past, these Telomeres have been linked to a number of chronic conditions namely cardiovascular disease, type-2 diabetes, a variety of cancers, and a few neurological conditions. The study has found a positive correlation between maternal age at last birth and telomere. In other words, women who had longer telomeres at the last child’s birth, reflects as a biomarker of long-term health and longevity, though this finding is restricted to women with one or two live births or used contraceptives.