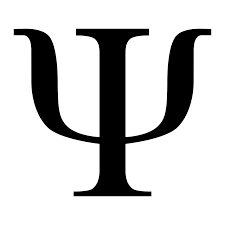 This message has two purposes: a) to make sure those who might be affected by an ongoing situation on the campus have the key information they need, and b) to express support for those who have already been affected. We have repeatedly urged the university administration to make similar statements, but they have not yet done so; we are therefore taking matters into our own hands.

As many of you know, Dr. Rick Mehta, a former professor in the Psychology Department, was dismissed from his position on August 31, 2018. As part of his dismissal, he was banned from campus. The case against Dr. Mehta was complex, revolving around issues such as discrimination, harassment, bullying, creation of a poisoned environment, and a failure to teach required course material. More information on the reasons for dismissal is available in this CBC news article: https://www.cbc.ca/news/canada/nova-scotia/rick-mehta-acadia-university-1.4819220 . We concur with the VPA’s assessment that Dr. Mehta’s dismissal was fully warranted. However, the Acadia University Faculty Association (AUFA) chose to grieve his dismissal, and the matter was set to proceed to arbitration. On April 1, 2019, AUFA and the university administration reached a mediated settlement to close the matter. What you may not realize, however, is that as part of that settlement, Dr. Mehta regained his access to the Acadia university campus, on the same basis as any other member of the general public. Furthermore, both parties signed a non-disclosure agreement so that details of the settlement, including the restoration of Dr. Mehta’s campus access, would not be shared with anyone, even those most directly affected by his behavior. For example, one of the students most profoundly affected by Dr. Mehta’s behavior before and since his dismissal was never informed that his campus access had been restored, and only learned about it from us recently.

We in Psychology find these decisions deeply troubling. Dr. Mehta had a past history of harassment of colleagues and students. Furthermore, since April 1 his problematic behavior has continued and indeed escalated. He continues to send unwelcome, negative, and highly unsettling messages via Twitter, Facebook, hard-copy mail and email to former colleagues and students. He has expanded his list of targets over the summer, reaching out to new faculty targets, new student targets, and now the spouses and even children of his former colleagues. He has expanded his violations of privacy; for example, he has now shown students’ full names and pictures in multiple public presentations, in which he disparages their research and/or their character. He then posts links to videos of one such talk on-line, and continues to disparage individuals (including students) by full name, while inviting others to join him. He also makes sure to send copies of the negative talks to his student targets, including tracking one down at her new place of employment to do so. He sent out unsolicited voicemail and in-person invitations to these worrisome talks to many on campus.

In short, the pattern of harassment which was one of the reasons for Dr. Mehta’s dismissal continues and escalates, interfering with the ability of members of the Acadia community to enjoy a safe and secure working and learning environment, free of harassment and discrimination. We, along with many others on campus, are very concerned about what lengths this highly disgruntled former employee might go to in order to further his vendetta against Acadia. We hasten to note that he has not been physically violent or made any direct physical threats, but the overall pattern of behavior is definitely worrisome. We have expressed our concerns, repeatedly and through many channels, and some welcome actions have been taken to improve the safety of those within our department. Thank you to the Joint Occupational Health and Safety Committee, and Safety and Security, for their work on our behalf, and to valued allies who have assisted us in our endeavours.

We are far from the only ones affected, however. First and foremost, we wish to offer our support to others who have been affected by this ongoing, undeserved, and unwelcome harassment, perhaps especially students. This case is not and never has been about academic freedom or freedom of speech. It has always been about a professor not doing his job, and about harassment and discrimination. We were strongly cautioned while legal proceedings were underway not to make any public statements, for fear of interfering with the process. Now that it has concluded, let us say publicly that we are very sorry this ever happened to you, and we wish we had been better positioned to protect you. If we can support you in any way whatsoever going forward, please do not hesitate to reach out to us. We must all stand together in solidarity against such harassment. It is not in the spirit of Acadia, we condemn it in the strongest possible terms, and we hope it has not soured your university experience altogether.

For those who are still here and have been or may be affected, what can you do?  Here are some suggestions:

2. Be aware of the details of Dr. Mehta’s campus access. The attached letter from Chris Callbeck (circulated by R. Mehta on Twitter) outlines specifically where Dr. Mehta is and is not allowed on campus. We further note that, according to the VPA, Dr. Mehta may attend any campus events, including those held in academic spaces, that are advertised as being open to the public. He may not attend events advertised as open to the Acadia / university community. If you note his presence in areas where he is not permitted, inform Safety and Security and he will be removed.

3. If you have general or specific concerns about Dr. Mehta’s ongoing campus access, make your concerns noted to the head of your unit. Also CC the VPA, the President, and Patrick Difford, so they have a full and ongoing picture of campus concerns. You can also note your concerns to your official representatives (e.g., AUFA, SEIU, the ASU), and urge them to advocate on your behalf.

Thank you for your attention to this important matter.

All full-time members of the Psychology Department