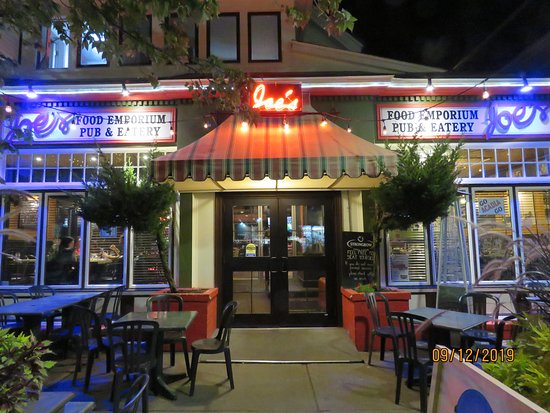 An iconic local restaurant is helping Acadia’s student newspaper fundraise for the next generation of journalists.

Joe’s Food Emporium is partnering with The Athenaeum  as a  local sponsor of The Athenaeum Journalism Award by donating $1 of every Scott Skins order for the month of July 2021.

A staple of the Acadia community, Joe’s has been the student go-to for a late night snack or a night out with friends for generations. Their generosity to pledge $1 of every Scott Skins order for the month of July is a testament to their belief in and support of Acadia students.

Joe’s Food Emporium was established in 1977 and has been a proud sponsor of Acadia varsity athletics and many community groups and events.

“This sponsorship not only proves again how valuable Joe’s is to the community, it also reinforces the relationship between Acadia and the greater Wolfville community.”, Editor-in-Chief Axel Eschholz stated. “The Athenaeum has long been a voice for underrepresented portions of the student community and this scholarship will help us recognize those contributors to make this work possible.”

The Athenaeum Journalism Award, established in 2020 by newspaper alumni, is meant to celebrate exceptional journalistic work on campus. Up to $1000 each year is awarded to a contributor to the paper who has displayed journalistic excellence, commitment to The Athenaeum, and promise in campus journalism. The award has been supported by students, alumni, professors, prominent journalists including former Governor General Adrienne Clarkson, and now the business community in Wolfville.

Creating an award to support Acadia’s student journalists has become a top priority of the paper, as discussions to defund The Athenaeum and Axe Radio reached the Students’ Representative Council (SRC) in March 2021. The SRC backed down from their proposal and discussions about The Athenaeum’s future are ongoing.

To make a donation to The Athenaeum Journalism Award, please visit: