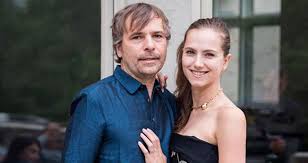 Canadians put faith in the healthcare system to be fair, and as the Canadian government continues to decide where the COVID-19 vaccine should go first – to the most vulnerable people – a few entitled people may mistakenly believe that they are an exception to the policy. White River Nation, located in Beaver Creek, Yukon, was granted some of the first doses of the COVID-19 vaccine to administer to its high population of Indigenous elders. However, the CEO (at the time) of Great Canadian Gaming, Rod Baker, and his wife, Ekaterina, flew into Beaver Creek so they would not have to wait to receive their dose. The couple filed a form vowing to self-isolate for the standard 14 days for people arriving out of province, which they said they would do in a motel in Whitehorse. Two days later, they flew to Beaver Creek, Yukon.

The Bakers were seen at the community center where the Moderna vaccine was being administered, and many people just assumed that they were Canadian Border Services (CBSA) workers. The couple received their first dose of the COVID-19 vaccine.

However, once the couple asked someone at the center for a ride to a local airport that is rarely used, people caught on to what was happening. Officials contacted the motel that the Bakers were allegedly isolating at and discovered the Bakers had checked out. Rod Baker and Ekaterina were later located in Whitehorse waiting for a flight back to Vancouver.

The Vancouver couple will have to wait for their eligibility group to receive the second dose of the vaccine, health authorities assured the public. A person is not fully vaccinated against COVID-19 until both doses are administered.

The First Nation were alerted of the incident of the day after it happened. This angered many members of the community because the Chief was not informed, nor was the local COVID team contacted. Furthermore, White River First Nation (WFRN) said the fine that the Bakers received for failing to isolate after entering a different province, would be meaningless to such wealthy people, arguing that the purpose of such a penalty is to seriously discourage any similar future behaviour.

Rod and Ekaterina did not only put White River at risk but the entire community, when failing to self-isolate, as well as lying to health care professionals in order to “skip the line” and put themselves over vulnerable elders.

Jenna is a political sciences major studying in her third year at Acadia University. View all posts by Jenna Bouwman