Lynn Verheul grew up in rural Nova Scotia loving the outdoors. Most of her time was spent appreciating the delights of being on a farm. After high school she attained a BA in Political Science and began traveling throughout Southeast Asia. Looking for a new adventure, she did her STCW95 training and worked two seasons on yachts. After cruising around the Caribbean and eastern seaboard of the US, she returned home again to work in administrative positions. Later she decided to return to academia and pursue a career in law.  Currently a history major at Acadia, she is excited to be involved in an energetic university and community.

Get off your arse and vote. Yes you. Wolfville is having a municipal election on October 15, 2016 and you should vote. […]

My name is Mackenzie Jarvin, I am a second-year Environmental Sciences student and I am running to be your Science Senator. The […] 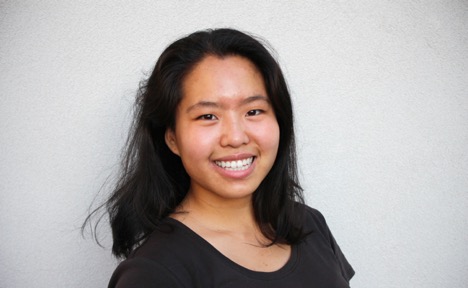 Chantal Peng is a Bachelor of Music student majoring in Piano Performance who will not only listen to ideas and concerns, but […]

“Acadia University is located in Mi’kma’ki, the ancestral territory of the Mi’kmaq nation.” This oft-quoted statement has become the norm on course […]

Came across this article engaged, added to faves