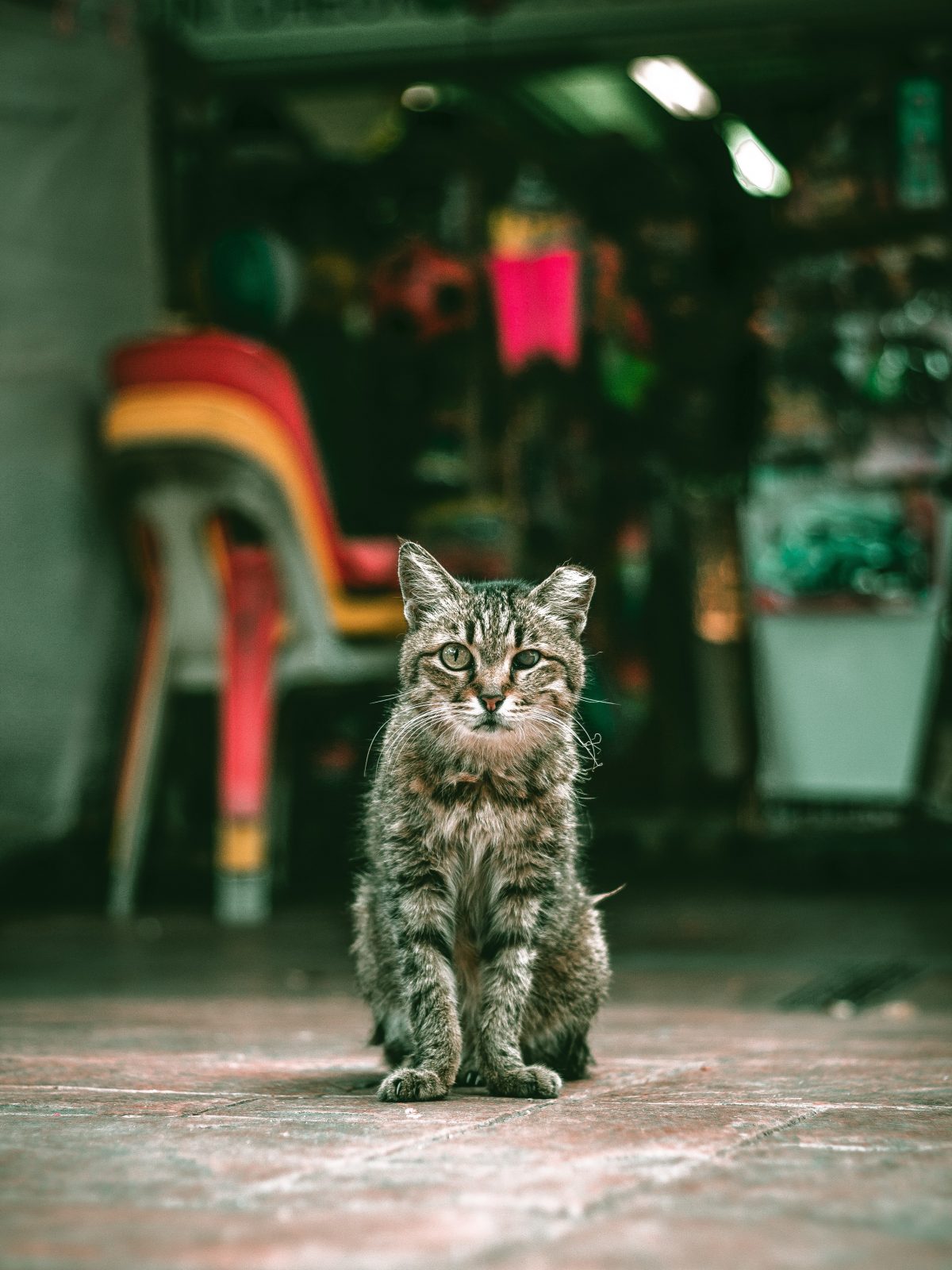 My cat didn’t have a tail – he traded it to a bone witch for a few more lives and a bottomless pan of fresh milk. That’s the story he tells, anyway, on those nights when he comes home bedraggled from some tom-fight behind my barn. Licking his paws as though he didn’t have a care in the world, he’ll mutter around the blood and broken claws about how he’s seen (and survived) worse. But his stories change with the tide, and it does no good to question a cat overmuch on the truth of anything.

My cat didn’t have a tail – he traded it several lives ago to a sea-hag for fishbones and good luck. He tells me this as he shakes the dew off his claws or as he trots home with a fresh-caught fish in his jaws. He picks the bones out of his teeth and smiles, telling me stories of storms far fiercer and fish far bigger than I could ever dream.

My cat didn’t have a tail – he gave it to Bast as a token of his undying love. He tells me this after all the she-cats have rebuffed his caterwauling. He is not handsome, my cat, but still he turns a haughty eye when I ask why he doesn’t have a queen. Then he tells me of the hot sands of Egypt, dust-dry days and ice-cold nights. Of priests who came to worship him and the lengthy affair he had with the Cat Goddess herself. Such was their love that he maimed himself, so that no other cat would look upon him – or so he claims.

My cat didn’t have a tail – it fell off as he pulled Freyja’s chariot to battle. He snarls this while I saddle the horses and mocks my ‘lesser beasts’. He says it when he battles the barnyard dogs, too. He brags about the wars he fought by the side of the goddess of love; of giants slain and eternal doom  –  what was a tail compared to eternal glory?

My cat didn’t have a tail – a princess cut it off after he lost her rings.  He tells me this while he steals shiny things off my dresser, a single eye gleaming with malicious glee. He grins as he bats my jewels out of reach and tells me of a world far away, across the sea. A world where he was entrusted with the keeping of the princess’ rings. He kept them on the kink in his tail but of course, being a cat, he lost both rings and tail.

My cat didn’t have a tail – he claims he forfeited it shortly after saving the life of a Samurai in a storm. He says this as he cries for me to feed him, scratching at the refrigerator door. He repeats this story when he wants me to open a door or move an object, warning me of his power of premonition. He tells me of silent temples and green-wet forests, where beauty and power became one and the same and his image promised safe haven to travelers.

My cat didn’t have a tail – and I know the truth of the matter. It froze off when he was just a kitten. He lost his eye to a bigger tomcat; the barnyard dogs gave him the scars that grace his flanks, and his ragged ear is courtesy of a particularly angry Canadian goose. His stories are just that – stories. But still some nights when he comes home, his last eye will gleam too-bright in the dark and I can see the bone-witch laughing in it. Other nights sand will fall from his fur, rough and coarse and redder than any that could be found here. Some nights. . .some nights I can see the pride and pageantry of a thousand years in his eye, kings and kingdoms that are dust now. I have seen him whip the dogs as though he had charged into battle a hundred times before, routing the other toms so thoroughly that the barn has been left silent for weeks. I’ve seen him come back from wounds so grievous that I have to wonder if, perhaps, he does have more lives than he is letting on. My cat didn’t have a tail – but his tale is longer than mine.