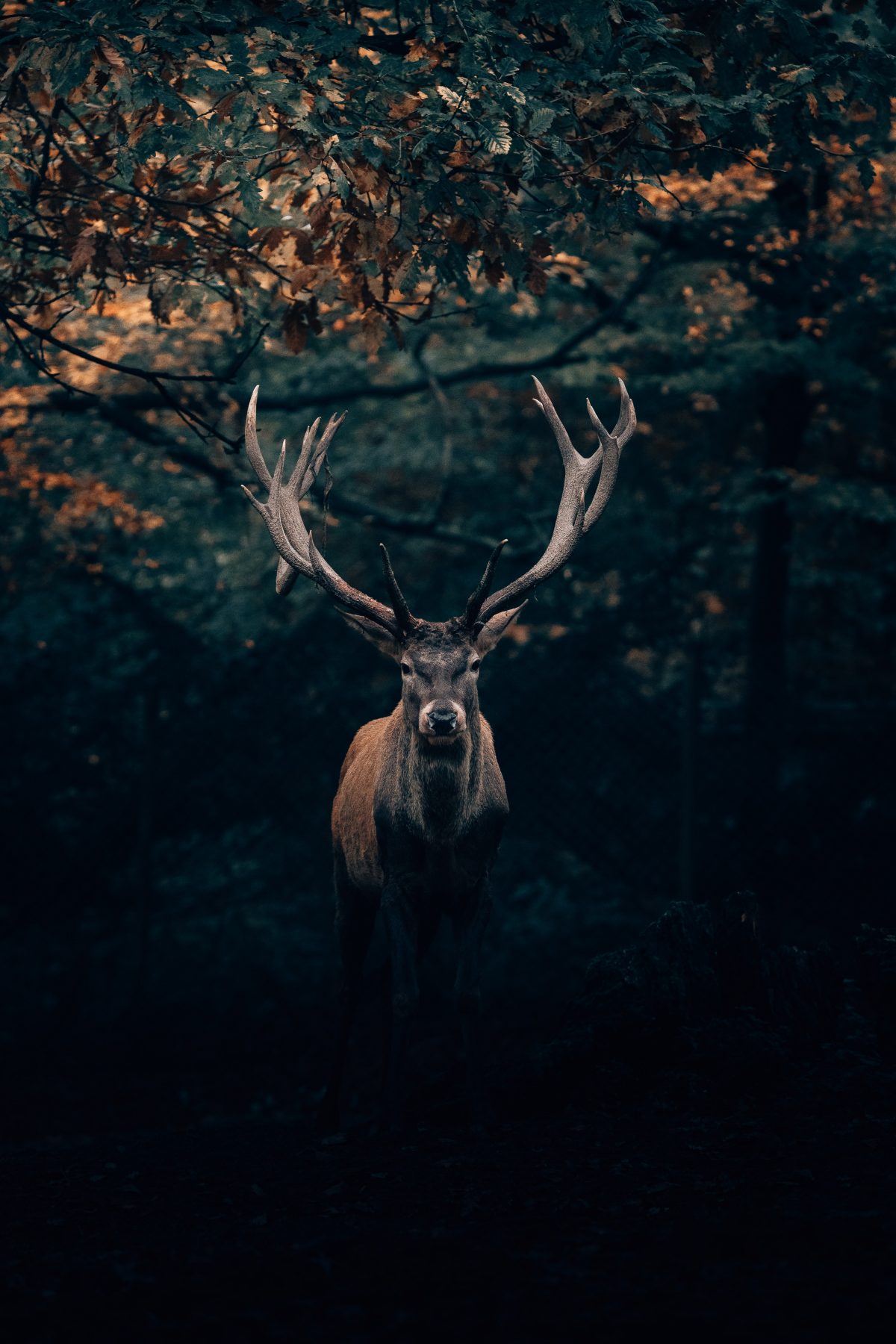 None of the deer in the forest are real. At least – none that I’ve seen are. Not-Deer. That’s what we call them, way up here in the boonies. We’re used to a great many things here: hide-behinds and many other horrors. All Lumber Legends, tall tales passed down by thoughtful grandfathers and vengeful grandmothers. But somehow the Not-Deer isn’t spoken of – not directly, anyways. It’s one of those things you know without being told. And what is a not-deer? You can’t describe a thing by what it’s not. But the Not-Deer, well, it’s not a deer.

Yeah, I’ve seen the Not-Deer before. So have half the folks up here. We’ve all got our own stories to tell. Stories of late, drunk nights, stumbling home and hearing a noise behind you. And it’ll be a deer – except. Except it won’t be a deer. It will have the antlers and the hooves, but. . . these will be off ever-so-slightly, twisted and warped like a child’s crude drawing. Like someone tried to make a deer but got it wrong, leaving a dark and twisted image of something that is. Whatever it is, that thing is not a deer – it is some thing wearing deer-skin in the dark, and the only way you can describe it is by saying what it isn’t – it isn’t a deer, and it probably never was. It was never meant to be.

Someone told me once that humans possess a ‘sixth sense’ which lets them know when things are different, when things are other. An evolutionary protection left over from long ago, I’m told. Even now we’re unnerved when we see androids – that ‘uncanny valley’ feeling. But there must be a reason we are afraid of things that might be but aren’t. A reason we see things and think, “this is off. This is bad. This is . . . not.”  I don’t want to think about what things must’ve stalked the woods of long ago, things that made it necessary to tell the difference between is and isn’t. But the Not-Deer is one of those things, leftover from a bygone age.

Some nights, there’ll be noises in the dark and I’ll see things – people that I used to know – beckoning me into the woods. I don’t follow them. No-one does. No-one up here uses the roads overmuch at night, stays out after dark, or goes out before dawn. And sometimes, I’ll look at my own reflection and wonder why it’s faded, why no visitors have come this way in years. Maybe – maybe it isn’t just the deer that have become other, but our entire town, too. The woods tend to swallow people, to change them. Not-human, people who live in the woods and howl at the moon, who shy away from the deer at night. Not because of what they are – but because of what they are not.