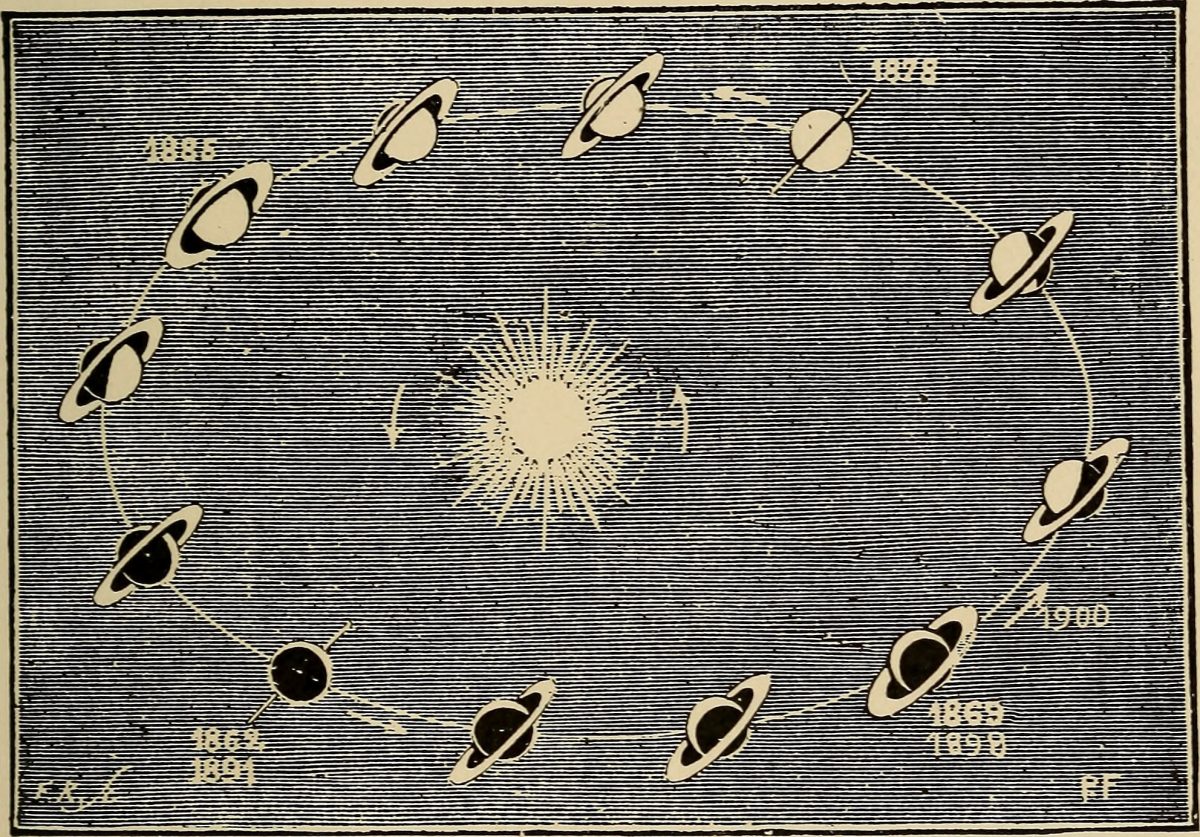 The concept of “Tomorrow” implies the event of sunrise and sunset.

However, the sun doesn’t rise nor set, the earth rotates alternately and elliptically by its axis thus creating the illusions of these events, with seasons as a bonus depending on the amount of solar radiation received on specific areas at a specific time of the rotation with specific durations and conditions.

Such events inspired the invention of day-night measuring devices. Such as the sundial, which draws from shadows casted by the sun’s powerful beams of protons, determining the approximate time. With light, we determined second and minute. A minute is “one Mississippi” times sixty. Another sixty folds for an hour then a twenty-four for a day. The result, a year equivalent to 365 days, is merely a rough approximation derived from trials and errors, which is constantly being improved upon, all from studying shadows and seasons.

So, it is safe to say time was not invented, it was perceived, a unit, by mankind. From the sundial, on an elliptically orbiting planet, from the star, to the solar system as one singularity orbiting a supermassive blackhole at the center of the milky way. There to the local group of galaxies to the superclusters… A distance so unfathomably wide where all of a sudden, the speed of light becomes completely meaningless. Almost as though a dying old man is tediously limping his way through the Sahara Desert, on foot, WHILE DYING ON LIFE SUPPORT.

Now zoom out a little more and we’re at the cosmic microwave background, the observable universe, the light from the big bang. Or was there even one? Best to say the energy from the infant universe expanding from its finest singular point. Fast forward that by 13.8 billion years. That’s:

If you’re wondering, that’s how many Mississippis the universe has spoken and still speaketh.

(Honestly not sure how they came up with this answer)

(Again, 365 days in a year was built upon approximation)

A doppler shift just happened, it has been happening since the beginning of 1 divided by log x(∞) of one-Mississippi. Also, “1” is a unit perceived as one singularity. As though the universe is so perfectly shaped to allow such a unit to even exist. Zoom in on one* drop of water, does the tardigrade belong to the one* drop of so-called singularity or does it resemble a byproduct of a singularity? What about the billion microscopic entities with a small population of e-coli that gives us nasty diarrhea? All in one* single drop of water?

1 + 0 is still = 1 because of a general account, with a bit of imagination. It is a testimony of how incapable we are at perceiving imperfections.

Look, the tardigrade is leaving the tiny puddle

I guess 1 + 0 is hardly one* at all. Yeah Math is weird, definitively, unreal.

What is real? You? Me? That tardigrade? This text you’re reading on a 4k device with over 8 million pixels? Or your best friend who is literally a movable chain of proteins consisting of atoms and stardust? Don’t we just love this objective reality? What about the objective unreality? Dreams and imaginations? Visions painted with neurons firing at light speed. Well, metaphysically speaking, it’s there, it happened.

We are obsessed with the objective reality to an extent: it has to be something we can hold onto that counts. To turn vision into concrete is like taking your finger and smudging air particulates onto a blank canvas, hoping to catch some charred particles along the way.

Wait, there’s red. Looks like you smudged too hard and now you’re oozing blood, but at least you’re getting some colors. What do you mean it’s intended??

It literally makes no fucking sense but sensibly means:

We’re taking the actions of prolonging our existence as a joke we use to put shame on another individual.

Like “Fuck you”, says a male individual to another male individual, without the intention to mate. Yet magically triggers a chain of events. Now, rather than throwing sex organs, throwing fists is almost guaranteed, physically, verbally, or metaphorically, both ideas almost eventually dart towards a certain resolve.

Unless one got to the point of taking another’s life. Well, we’re all predators and prey, we kill for the sake of sport and food, we kill to gain, and we kill to cover up. Yet nobody wants to be killed. The one thing we all have and is a true novelty also happens to be objectively unreal, life itself.

I mean, how else are you reading this text, you corpse-to-be? i.e. how much longer can you go before your heart feels like it’s given enough? That is, if you’re lucky enough to outlive the average 80% while the proteins and cells in you remain faithful and do the only job nature has for them, Ahem, for you.

Wait, that’s confusing. Does your body even belong to you?

To belong indicates possession; to possess implies absolute control. Why did great emperors and dictators fall? If they had all the powers one could ever conjure, yet still succumbed to the same, plain, boring eventuality of the peasants.

Death, we fear it, we loathe it, some people yearn for it when life in that moment ceases to exist in their eyes. A metaphysical novelty that lets us hang on to our dear life, forcing us to think as a species, and not with our ego. It is the biggest research topic still on an open status quo. What’s in the hereafter? What comes when ego ceases to exist?

The First Law of Thermodynamics tells us that energy can neither be created nor destroyed. So, this begs the questions. What keeps our chain of proteins and atoms together? Why can’t our brain comprehend itself, when it’s clearly ours to will? What are the gears and mechanics, the nuts and bolts behind consciousness? What’s the bridge between physicality and the unseen? Our ego? A name tag worn on the shirt the same way a Starbucks barista would.

I wager once our proteins and atoms give out, we, petty insignificant beings, shall convert once more to the miniscule energy that has always belonged to the universe. The same energy from the big bang, is coursing through our veins. The light that cannot be seen, the energy, that fundamentally makes you, you.

That said, we never died, and dictators never fell, because in a broad sense, we never really lived. This romance of living and dying is nothing but a codependent, semi-toxic relationship between construct and perception where one side is always in denial.

Therefore, a universe born tomorrow is merely based on the construct of time perceived by mankind, their planet and the light from their parent star, as well as its luminosity, density, and size. This pure hogwash is inapplicable outside of the solar system, because time, life and death, are nothing but units

In this ever so little, tiny blue dot.

In an ever so massive, expanding universe.

A doppler shift just happened, and the universe has grown bigger.

Well, I’m gonna end here, or does the finale ever exist?